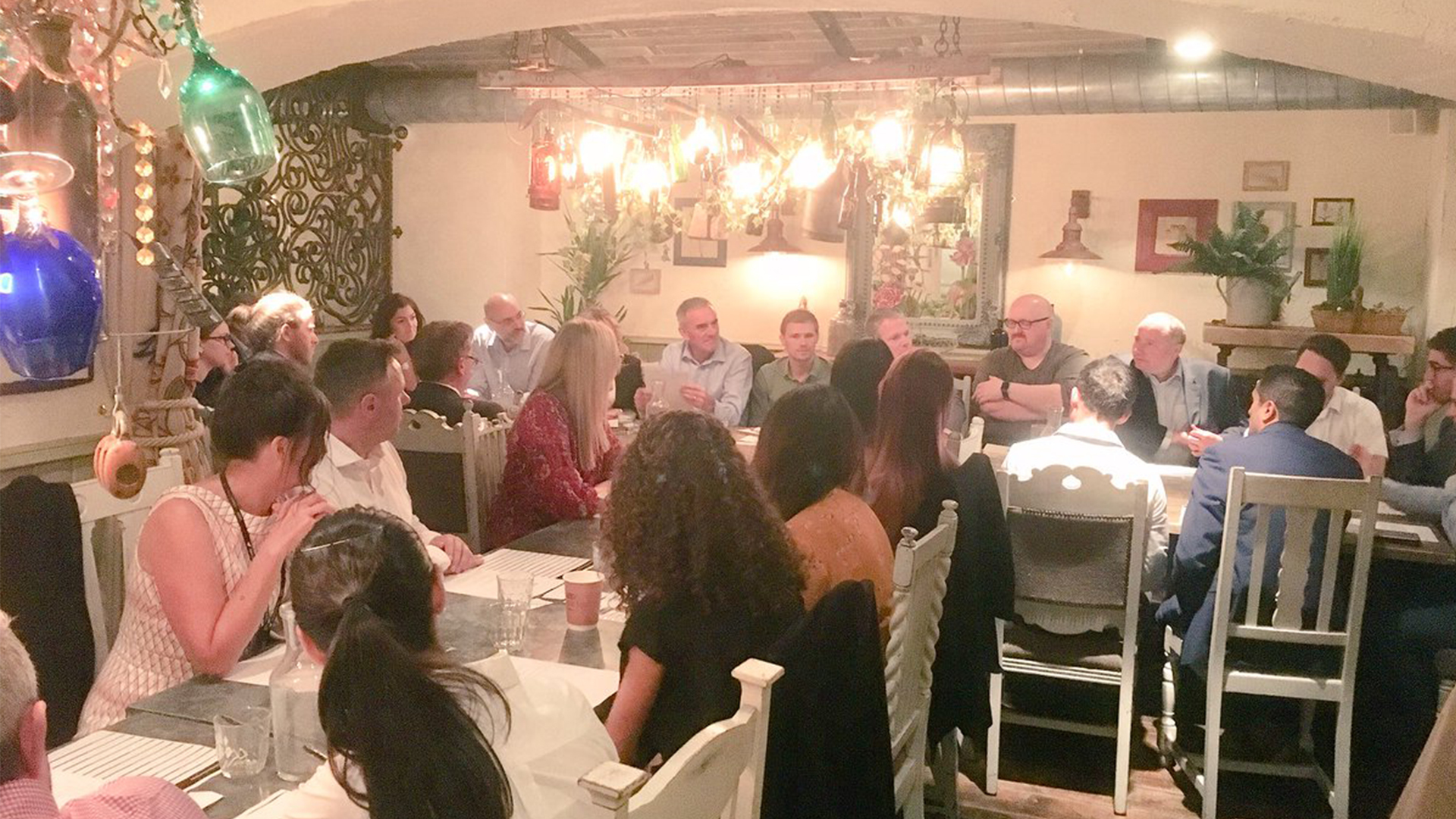 Downtown in Business hosted a very special lunchtime discussion at the superb Botanist based in Birmingham city centre around the future of media.

Oli Hills of Birmingham Updates & Pete Morgan of Monkey Pants Productions were quizzed by chair Kevin Johnson of Urban Communications around the current state of media and the effect it has on businesses and the general public.

Fake news, advertising, the positive and negative effects of social media and the proposed and possible resurgence of print media were just a few of the topics discussed on the day.

The discussion soon established that this was indeed a hot topic as the general public feel that they can no longer rely on online news because of clickbait and fake news and both panellists were in agreement that traceable news from credible sources such as print media, organisations like Birmingham updates and specifically from Pete Morgan, Podcasts would potentially be the future of the public receiving credible news as it does not solely rely on click-through rates, advertising and the ambition to drive more and more traffic to their sites.

Downtown in Business would like to thank all in attendance and watch this space for further discussions about this topic.