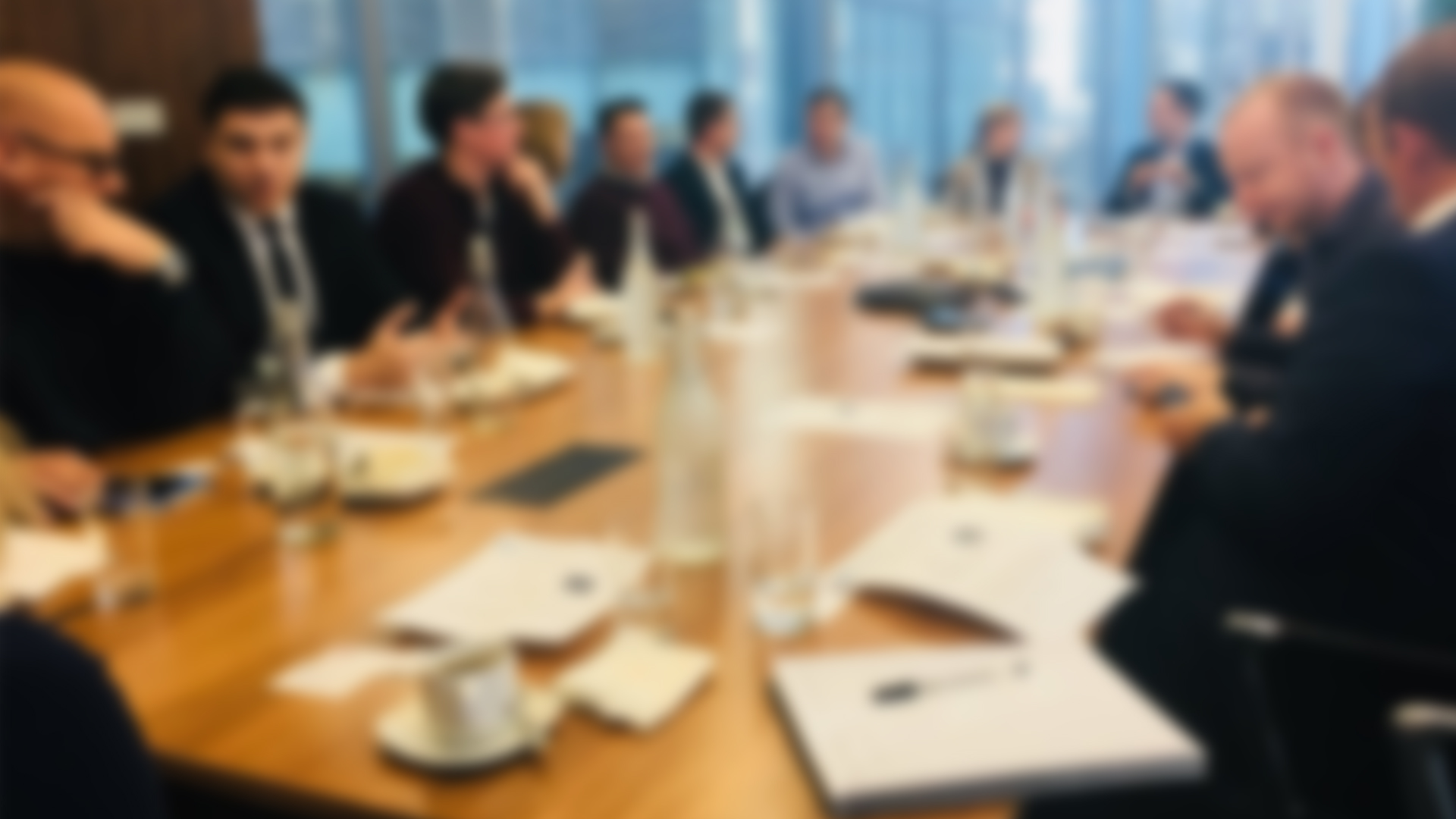 Power Panel – The Future of Property and Placemaking, Disrupt or be Disrupted? 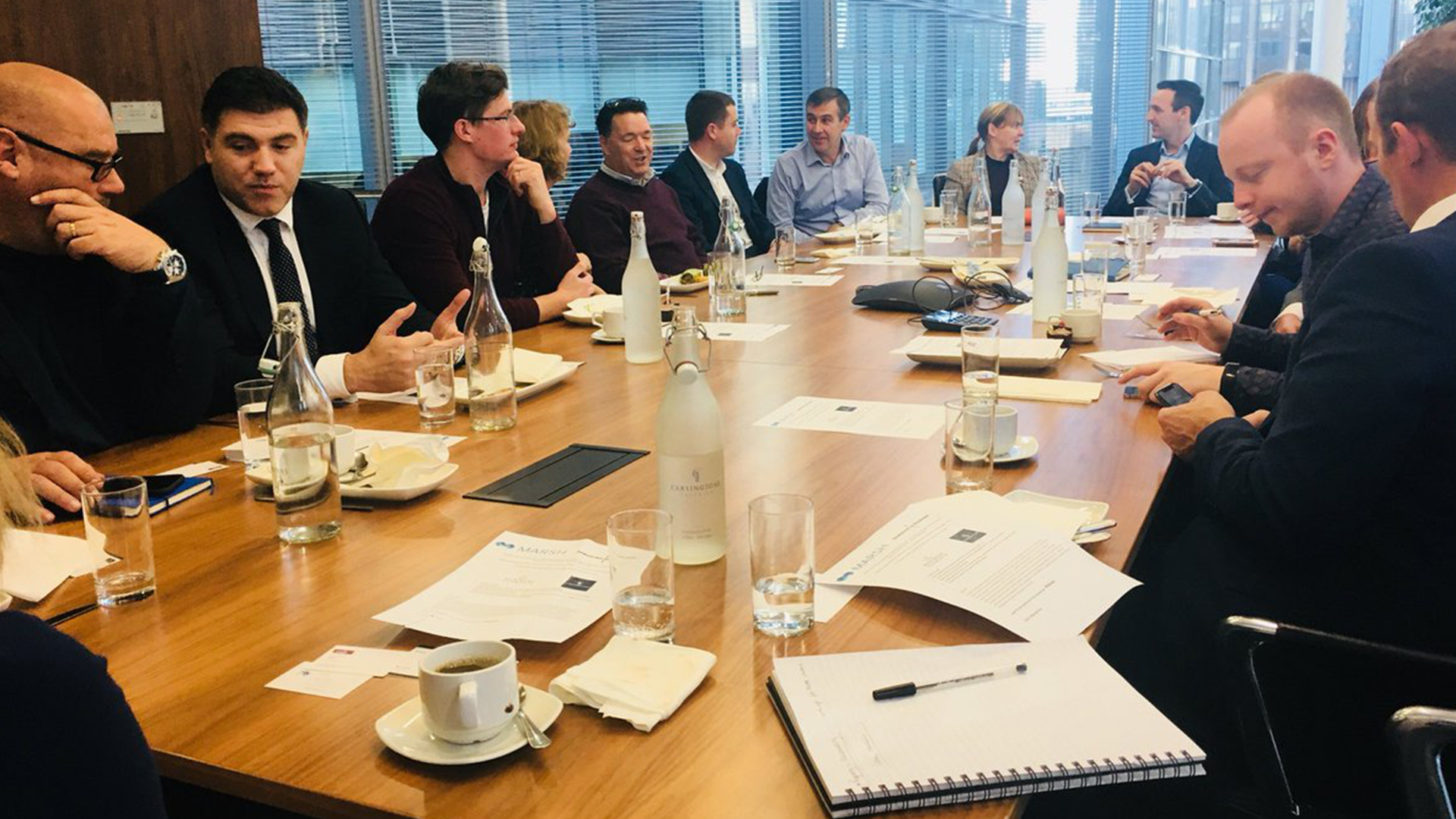 Downtown in Business Liverpool recently hosted the latest in a series of themed Power Panels at a special event at Marsh 4 St Paul’s Square, Liverpool. The event was entitled ‘The Future of Property and Placemaking, Disrupt or be Disrupted?’ and sponsored by Everton Business Club.

Everton’s Amanda Chatterton said “Everton Business Club is pleased to support Downtown in Business Power Panels. It further connects us to the business community in the city and the sessions are topical and engaging covering relevant business issues.”

The forum was chaired by John Hartles of Zumtobel Group and one of the original LTCC committee members and key speakers at the lunch forum included Colin Sinclair (KQ Liverpool) and Sue Grindrod (Royal Albert Dock).

The discussion opened with a member of the panel from Blue Bull Finance declaring his struggle to find a suitable 4-bedroom home in Manchester despite the number of cranes in the sky and ongoing construction projects.

It was agreed that both Manchester and Liverpool have, over recent years, followed a path of investor-led demand which has resulted in standardised and pod-manufactured accommodation. A large proportion of this is then sold to overseas investors or as student accommodation which damages the fabric of our cities.

Colin Sinclair, Knowledge Quarter Liverpool raised the question as to whether we are building property for ‘people’? It was remarked that developers are generally not in the business for the social good however, companies such as Urban Splash are starting to break the mould. It will take a higher number of ‘brave’ developers to break the standardised mould – but how?

One solution would be for local authorities to set spatial requirements on new developments. This would force developers to fill the gap in executive sized (4 bed detached +), complimenting the abundance of living spaces for junior and mid-level employees. It was commented that the lack of moderately sized housing was damaging the Liverpool economy, driving companies and talent away from the city region.

In order to attract and retain the best talent it is imperative that Smart Research Frameworks are developed at a city-wide level. This means improving dialogue between city planning teams and the private sector. The focus of these must be to make places to live more socially inclusive

However, it was noted by the chair that developers are simply building for the market. A panellist member from Sutcliffe highlighted in actual fact a lot of the residential property is often bought by foreign investors who most likely do not contribute to the local economy. With a young student population, there is a need for high-rise apartment blocks. But what happens when the students leave? The property market needs to ensure there is a suitable mix of student and residential housing so that the area, for example the Fabric District, doesn’t become a ghost town.

Regardless, the Liverpool area has a gap of professionals needing new housing. This will come from new builds, but we also need to be looking at regenerating areas. We can point to the Albert Dock as a shining example of positive regeneration. To achieve this on a larger scale, we need to ensure all stakeholders work together and the LCC needs to lead on this conversation.

It was generally agreed that Manchester has done well over the last 20 years in attracting large companies such as KPMG’s. A lot of this is down to political consistency. Manchester is now the de facto choice for companies setting up a northern base and Liverpool is at risk of falling behind. There is a hope that Steve Rotherham’s new ‘One Front Door’ policy will help address this issue

To close the panel’s attention shifted to ensuring procurement routes and ensuring these offer value for money as well as ensuring all stakeholders benefit in the long term. Robbie Blackhurst from Procure North West pointed out a general lack of a local supply chain mentoring and it was agreed that everyone in the room could play a role in improving this.

In his closing remarks, John Hartles commended all involved in the discussions but made it clear that this event needed to act as a kick-start to better engagement across the industry and forming a strong voice to the public sector decision makers. If Liverpool continues to grow, it will soon attract a ‘big’ company to open its offices here, however the city needs to ensure it’s ready to make sure it’s a fantastic place to live.

John said, “There has been much talk about the Northern Powerhouse and as I see it Liverpool and its port and transportation links are an important part of this broader equation.

As we all agreed there is a need for further business and in particular corporate investment in Liverpool and the surrounding areas thus the need to attract employers and employees to relocate is important and that schools and infrastructure needs to be put in place to allow this growth and the sustainability of what we have and hope to get. The recognition that somehow the town planners need to create a brief via an SRF` is important, so when moving forward they ensure that the correct balance of facilities and needs of a family and broader community are catered for.

I asked the question, who is from the council that goes out and sells to industry and potential investors, I was surprised to hear that as far as anyone knew around the table no one had this responsibility. Why not? is the question we are left with.”