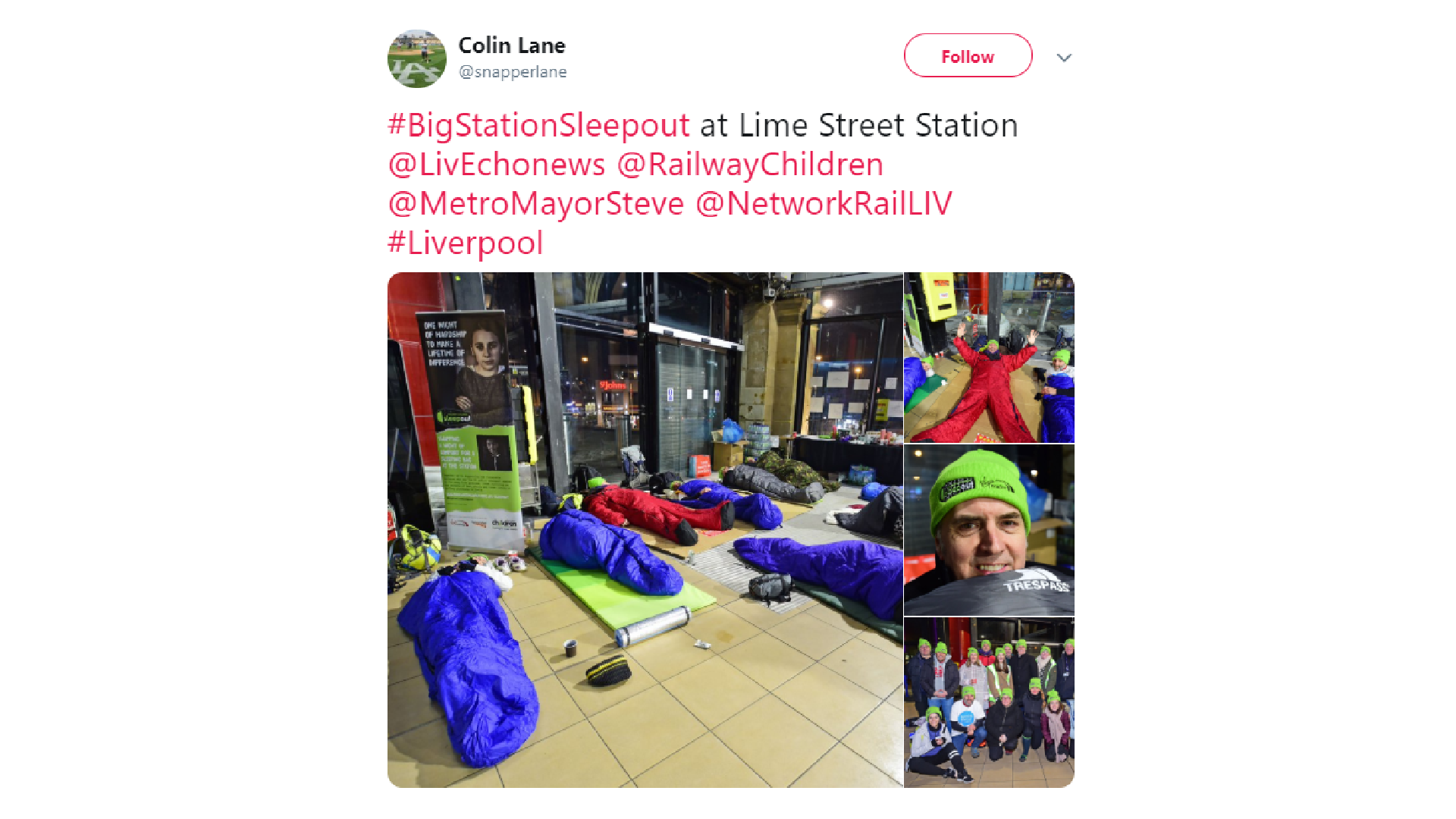 On Thursday 31 January more than 150 staff from Network Rail, train companies, rail industry partners, along with two regional mayors, Andy Street and Steve Rotherham, camped out at Birmingham New Street, Liverpool Lime Street, Manchester Piccadilly and London Bridge stations. This was to raise much-needed funds for the Railway Children charity and support their work in raising awareness of vulnerable children on the railway network. 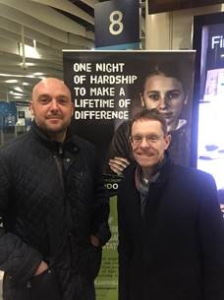 Beth Whiteoak, one of the organisers of the sleep out said: “As the temperature plummeted to below freezing, it made for an extremely cold and uncomfortable night for all the hardy railway fundraisers who joined in across the country.

“Despite the conditions, we managed to raise £60,000 for the Railway Children charity. This will help them continue their much-needed and valuable services.”