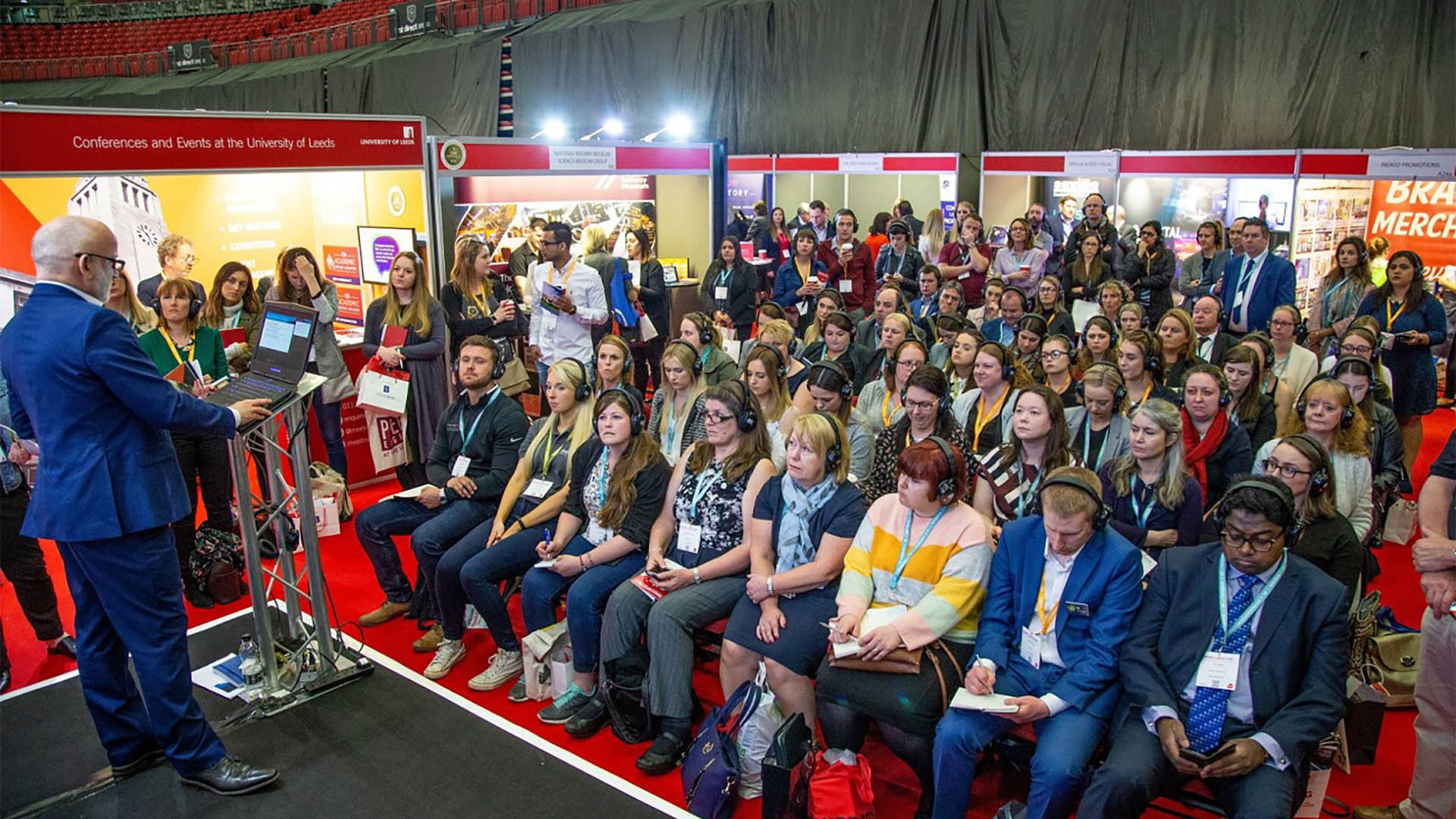 Organisers behind the Conference & Hospitality Show (CHS19) are predicting a record-breaking number of exhibitors, event space and visitors for its tenth-anniversary show, on Tuesday 30th April, at first direct arena, Leeds.

Emma Cartmell, CEO of CHS Group, said: “We’re delighted with the response we’ve had to the Conference & Hospitality Show (CHS19) this year.  We’re blessed with a really loyal following who come to CHS every year and the 10th anniversary status has also attracted a high percentage of new exhibitors and visitors this year who will get to experience Leeds hospitality for the first time.”

“The city has been very good to us and Leeds BID, who have described CHS as the conferencing ‘jewel in the crown’ has been a great support, particularly when we upscaled to first direct arena.  An economic impact survey estimated the show attracted £0.5m to the city in 2017, our estimates predict we are on target to substantially beat that figure this year.”

It’s a far cry from the humble beginnings of the Conference & Hospitality Show in 2009, where the Royal Armouries venue hosted 35 exhibitors, 250 visitors and Emma Cartmell, was the only member of the team.  Leeds lends itself well as a conferencing destination in no small part to location and accessibility coupled with a warm Yorkshire welcome and guaranteed hospitality on arrival.

CHS Group Communications Manager, Julie Phillips, said: “We had a terrific start to the new year as exhibition space for the show sold out in record time.  We’ve broken a number of successive records in terms of new exhibitors, exhibition space and we predict a record number of over 1,300 delegates, exhibitors, and hosted buyers on the day.”

“CHS is the premier meetings, incentive, conference and events (MICE) shows outside of London and its reputation, and indeed, numbers have grown YoY to become one of the best events, venue and hospitality showcases in the industry calendar for event professionals.”

Some of the headline figures include:

CHS19 will be a day packed full of events, including Keynote talks from TV celebrity chef Simon Rimmer, TED talker, coach and motivational speaker, Gavin Ingham, who will deliver his aptly named I am 10 presentation.  There are seven educational sessions including Embracing true diversity in the events industry, led by Carol Ann Whitehead and the PA’s PA, Nicky Christmas, will head up a panel discussion how to create an amazing partnership with your Boss.

The team at CHS is very excited about the tenth-anniversary show and would love to see you there!

En Route to a “Pinch Me” Life

In the lead up to International Womens Day, we hear from a number of successful business women from across the UK. In this weeks guest blog, we hear from Founder of Girls in Marketing – Olivia Hanlon.

WILL SUNAK’S COKE LOSE ITS FIZZ?

Jim analyses the Budget of the Coca Cola loving Chancellor to see if it is fizzing or flat. He also suggests Labour have missed a big opportunity to show how they would be different.