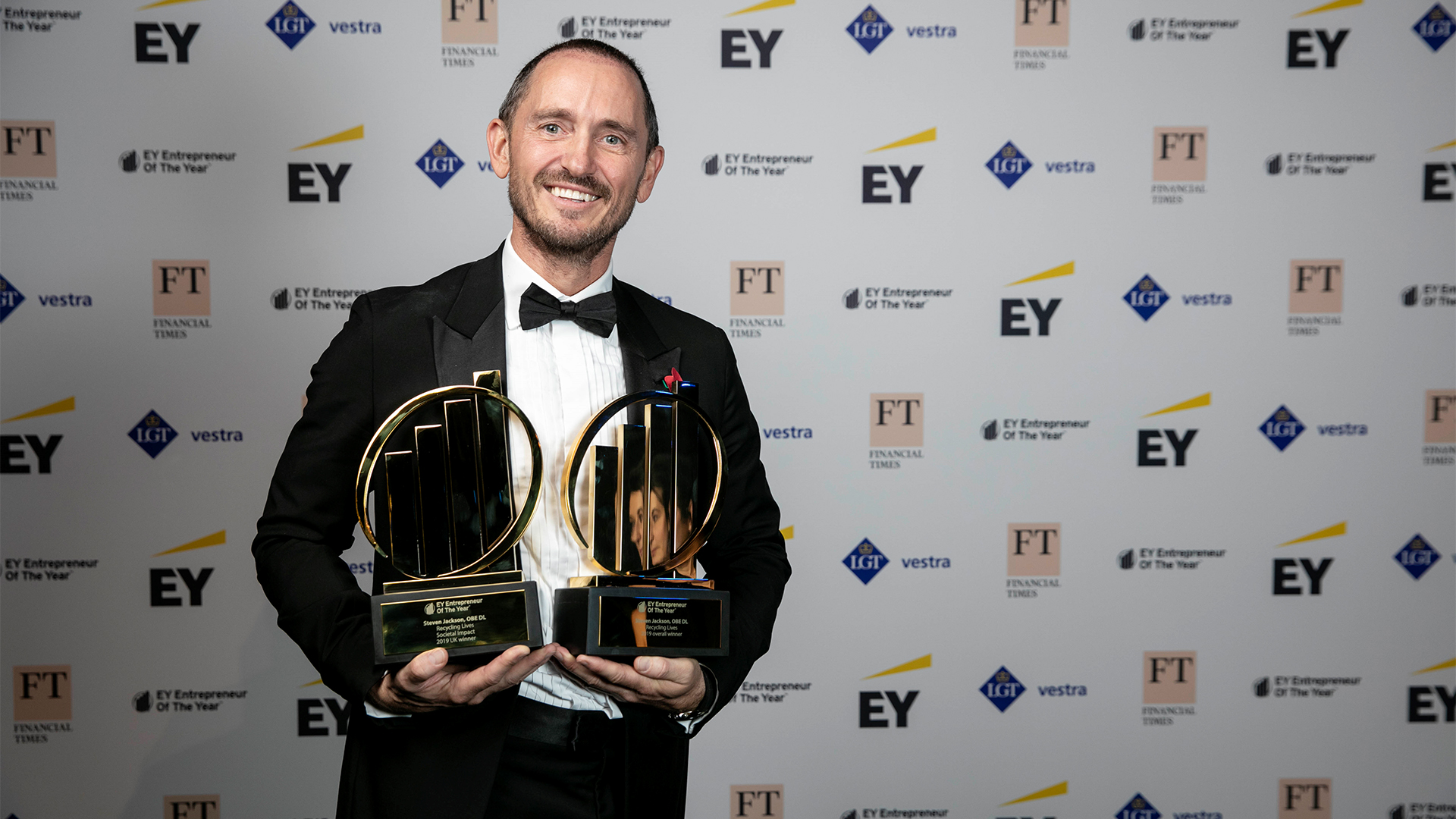 A Lancashire businessman has been named EY Entrepreneur of the Year UK.

He also won the ‘Societal Impact’ category award, recognising how he has developed a business that focusses on both commercial and charitable aims to deliver financial, environmental and social value.

Mr Jackson said of the win: “I feel very proud and hopeful that the business world is changing for the better.”

Recycling Lives is a nationwide recycling and waste management business using its operations to support a charity and social enterprise which support the homeless, rehabilitate offenders and redistribute surplus food to communities.

Mr Jackson founded Recycling Lives in 2008 from his family’s scrap firm, Preston Recycling. Having seen the impact of homelessness first-hand he set about developing a business model which used employment as a catalyst for changing people’s lives. Today, around 30% of the Recycling Lives team have come through the rehabilitation or residential programmes.

The business has doubled in size this year, following private equity investment from Three Hills Capital Partners in late 2018. It now operates 19 sites nationally, recycling up to 10,000 scrap cars every month and managing waste for businesses, local authorities and householders.

The charity has also grown in recent years, now rehabilitating up to 300 men and women at a time across 11 prisons, supporting dozens of men in its residential charity and redistributing one million meals to communities across Lancashire and Cumbria every year.

Victoria Price, Partner and EY Entrepreneur Of The Year leader in the North, said: “Steve Jackson illustrates the transformational impact entrepreneurs can have on people’s lives. His natural business flair combined with his innate desire to create positive change makes him an inspirational role model for business leaders.”

Mr Jackson will now go on to represent the UK at the EY World Entrepreneur Of The Year in Monaco in 2020.