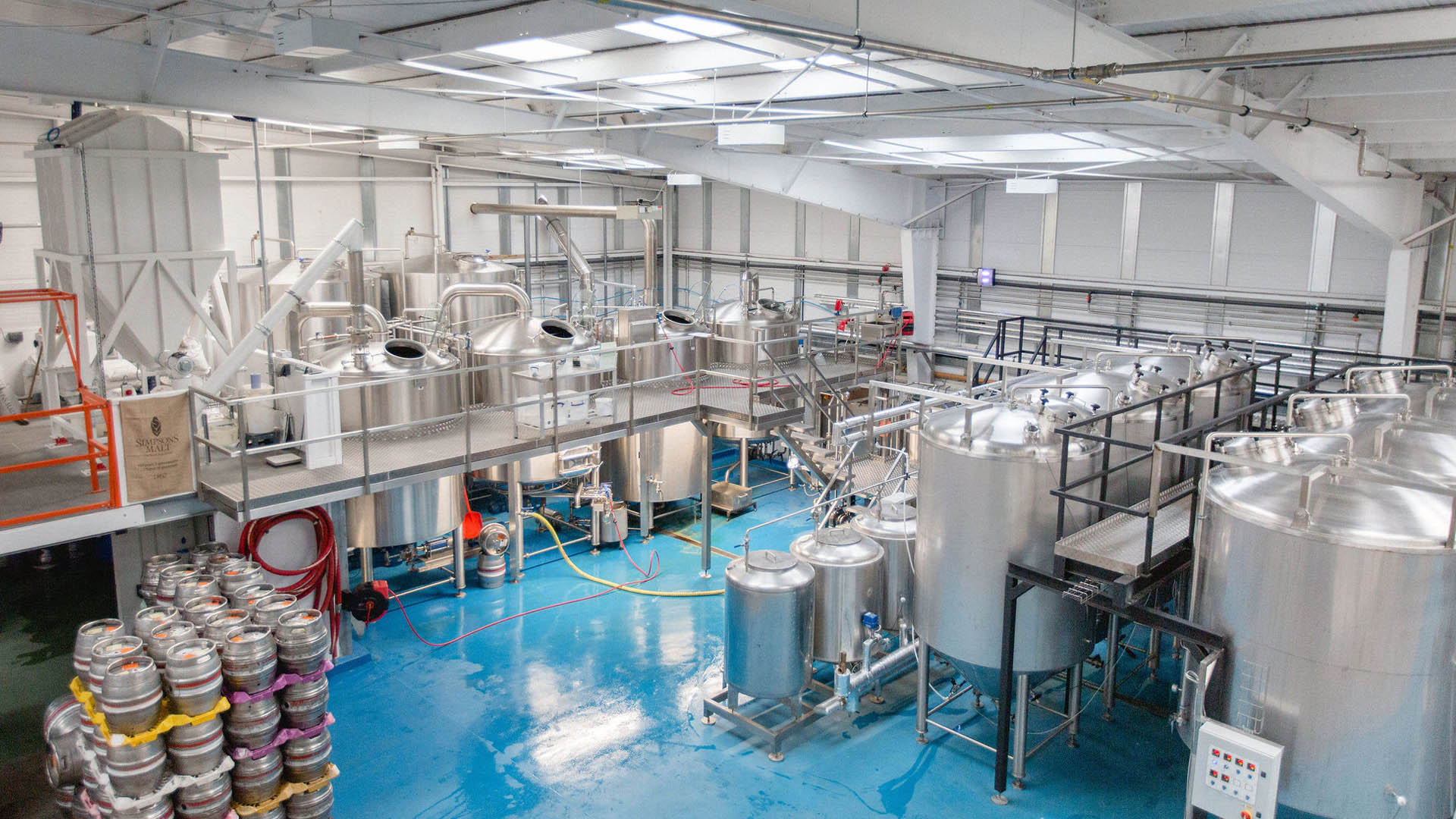 Pioneering North Yorkshire brewery, Rooster’s Brewing Co, has completed a £850,000 investment into a new, state-of-the-art brewery and taproom, three times the size of its previous premises, as it looks to keep up with surging demand for its award-winning beers.

It marks the end of an 18 month-long project which has seen the brewery transition from its former home at Grimbald Park near Knaresborough, to a new, purpose-built 20,000 square feet brewery and taproom at Hornbeam Park in Harrogate.

Owned and run since 2011 by Ian Fozard and his two sons, Oliver and Tom, the move sees Rooster’s return to the town where the independent craft beer brewer first started life twenty-seven years ago.

The company’s new home consists of a bespoke brewhouse capable of producing over 30,000 litres of quality craft beer every week, as well as a large taproom, open since May last year, where people can try Rooster’s world-renowned range of beers. There’s also an upstairs ‘Sample Room’ with a private bar overlooking the brewery, which can be hired for parties and functions for up to 120 people.

The new brewery, designed by Head Brewer Oliver Fozard and British-made using equipment sourced from UK manufacturers, will enable Rooster’s to almost double its production capacity immediately, with opportunities to expand and increase this further in the long-term. It boasts a state-of-the-art brewhouse, capable of producing 5,000 litre brews, which will be used to produce Rooster’s core range of popular beers. Alongside this main plant, Rooster’s has also invested in a smaller, 1,600 litre brewing plant, which will be used to produce an ongoing range of new, flavour-packed limited-edition beers. These beers will form part an experimental sub-brand known as the ‘Outlaw Project’, launching in late February.

Commenting on the company’s expansion, Director Ian Fozard, said: “This move marks the start of a new and exciting chapter in a twenty-seven-year history that has seen the company recognised as one of the originators and pioneers of the craft beer movement.

“The new brewery enhances both our brewing capabilities and our competitiveness in the marketplace, and means we’re exceptionally well placed to service the growing demand for our range of award-winning beers, both in the UK and further afield.”

Commenting on the boost to Rooster’s production capabilities, Head Brewer Oliver Fozard said: “Our focus has and always will be on brewing consistent, quality, easy-drinking and well-balanced beers, so we’re very excited by all the new opportunities this bespoke plant opens up for us.

“Not only does it enable us to significantly increase our production output  for our ever expanding range of beers but, with the addition of the smaller plant, we now also have an exciting opportunity to channel the pioneering creativity we’re known for and create a range of exciting, inspiring, flavour-filled limited edition beers that bring something completely new and different to the market.”

Alongside the brewery, Rooster’s has also invested in a large onsite taproom to serve as a community hub, where members of the local community and beer lovers from everywhere can come and enjoy a range of Rooster’s beers and other drinks. Open five days a week, from Wednesday through to Sunday, the taproom also has a street food kitchen, with a different street food trader joining every weekend to serve up a varied and ever-changing selection of food.

Tom Fozard, Commercial Director, said: “Harrogate is in Rooster’s DNA, it’s where the brewery first started life, so it’s extra special to be able to bring the company home.

“Creating a taproom and upstairs event space where people can socialise and enjoy themselves was really important to us, as we want to embed ourselves at the heart of local community life and be known as more than just a brewery that makes really great beers.

“We regularly host local groups and parties and we’re looking forward to welcoming many more through our doors as word gets out about the lively and sociable community hub we’re creating here.”

The company, which employs 17 people, is planning on offering regular brewery tours later this year, providing visitors with an opportunity to see for themselves just what goes into producing its award-winning, vegan-friendly range of beers.

Its brews, which include its flagship pale ale Yankee, Baby-Faced Assassin and 24/7, are available in pubs and bars across the country and stocked in retailers ranging from the likes of Waitrose, Morrisons and Sainsbury’s through to smaller, specialist independent beer sellers.