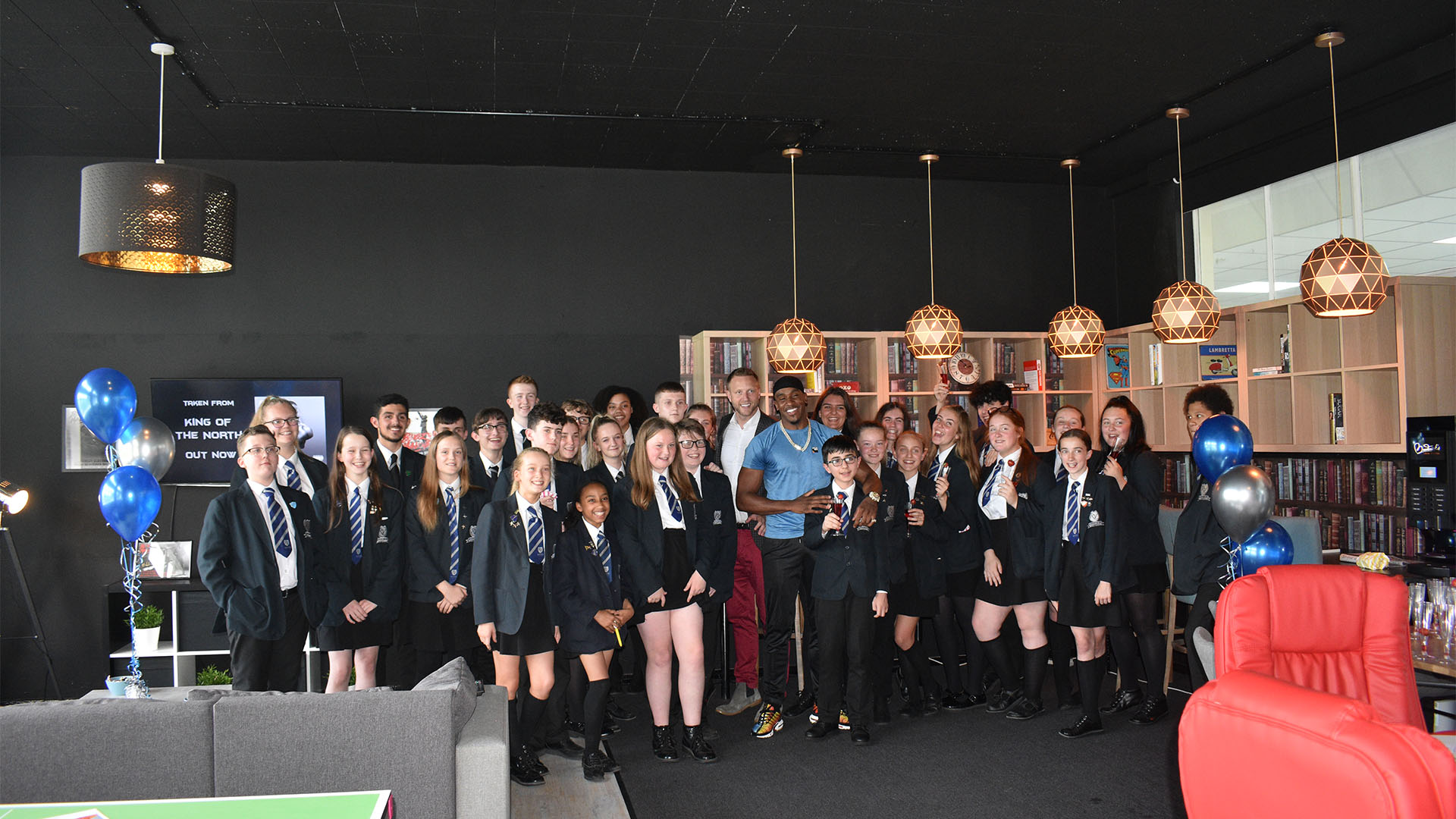 Manchester based accountancy firm, The Sedulo Group, have funded a community project at Reddish Vale High School in Stockport. This is a school close to MD Paul Cheetham-Karcz’s heart, as this was the same high school he once attended.

After a visit in 2018, Paul wanted to give something back to the pupils and discussed a project with the Headteacher Linda Hanson, and between them they came up with the idea of creating an ‘inspiration room’ to replace a previously deteriorated and empty classroom.

This was in theme with Sedulo, who’s Manchester office was voted one of the coolest office spaces in the UK two years ago. They have since opened in Leeds and London, and become a well-known hub for businesses to host events and meetings.

In January 2019 the school project began and was designed by Paul, with the input of some of the RVHS pupils, and took six months to complete. On Tuesday 16th July the launch of the new ‘Cheetham-Karcz Room’, named by the school to highlight their gratitude, was opened by Paul and one of his clients, the music artist, Bugzy Malone.

The room showcases a New York style apartment complete with U-shaped sofa, smart TV and coffee table, a Costa-style coffee shop with library and bar stools, a boardroom style table with wall art of inspirational quotes and a Fred Perry inspired table tennis hub with AstroTurf and bistro garden furniture. The room is a reward for students that have hit their academic targets, they will have access to the room during their free time to study, play and relax.

Both Paul and Bugzy were welcomed to this weeks event with a number of pupils taking centre stage to perform their own songs, with words of thanks from the schools head boy and girl. The room was officially opened with selected pupils sipping on a fruit punch, tuck-shop confectionery and the opportunity to have their photo taken with Bugzy.

‘I have always had an affection for the school and the surrounding area given I grew up there and have so many memories. When I was approached by the school I was impressed by how much they wanted to inspire the pupils to reach their potential. I helped with a few things but wanted to create something with more longevity. It was a great day for all of us and I am grateful to the people at Sedulo, fit out company Urbanise, wall art company The Beautiful Game and Brodericks Coffee for helping me on a project so close to my hear.’

On behalf of everyone within the Reddish Vale High School community I cannot thank Paul Cheetham-Karcz and his team at Sedulo enough for the generosity, creativity and benevolence they have committed to providing us with an amazing and inspiring student common room.

When Paul approached the school as a past pupil to offer to give something back to the community, I never would have imagined that this partnership would offer so many inspiring benefits to our pupils. Paul has donated sports kits and delivered motivational speeches at our Awards Evening and inspired our student ambassadors to extend and develop leadership across the school.

Our school vision is to “Positively change lives”, the experience offered to our pupils through the opportunity to meet Bugzy Malone at the opening, coupled with the ongoing prospects the inspiring space affords has taken us one step closer towards realising the vision.’