‘The Best Disco in the World’ heading to Liverpool next month 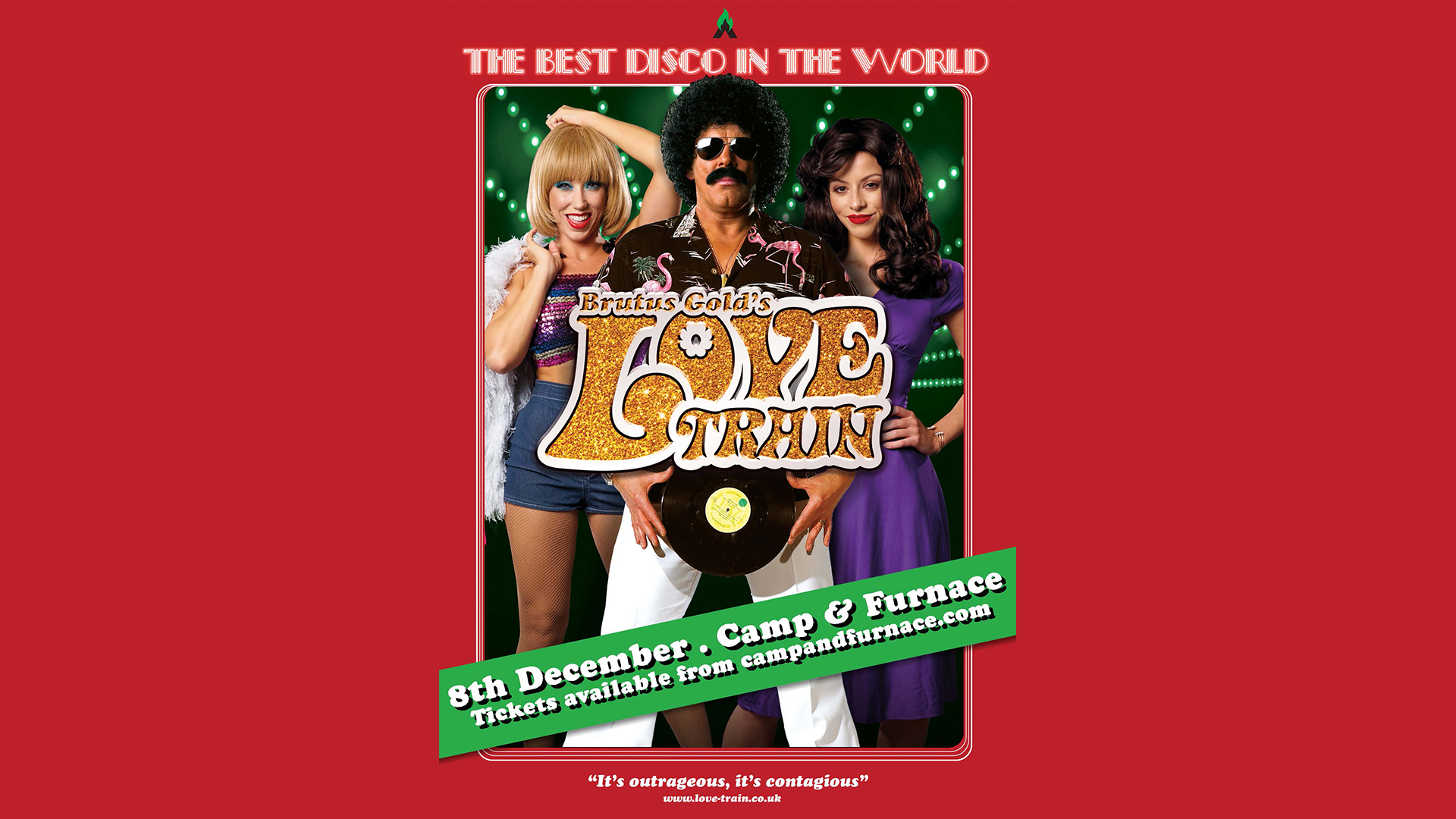 In a multi-dimensional bundle of 70’s iconography, tongue-in-cheek comedy and fun, a massive disco night is coming to Camp and Furnace on December 8, as Brutus Gold’s Love Train rolls into town.

Stuck in a timewarp of music, fashion and aftershave…Brutus Gold together with his Love Train cohorts have just one mission…to convert the good people of the world back to the ways of Disco with this one night special at the Greenland Street venue!

Now entering its show stopping 30th year ‘The Love Train’ is an immersive, interactive party of humpin’ pumpkin’ disco action and is the perfect Christmas night out for all ages for nu-disco fans as well as nostalgia lovers.
Its unique charm and rapport has the power to make the hardest audience member don a wig and ‘Do the Hustle’, and optional fancy dress is highly encouraged to truly experience the Love Train!

Featuring a whole host of characters including Chad Valley, Marshall Cavendish, Disco Dick, Camp David Ana Glypta, Kaye Tel, Krystal Crest, and the incomparable Brutus Gold, it’s time to dig out those afro wigs, flares and all things disco. The Love Train is here to bring back the 70’s and put the strut in your stride.