The Dock Launches New ‘Summer on the Dock’ Events Programme 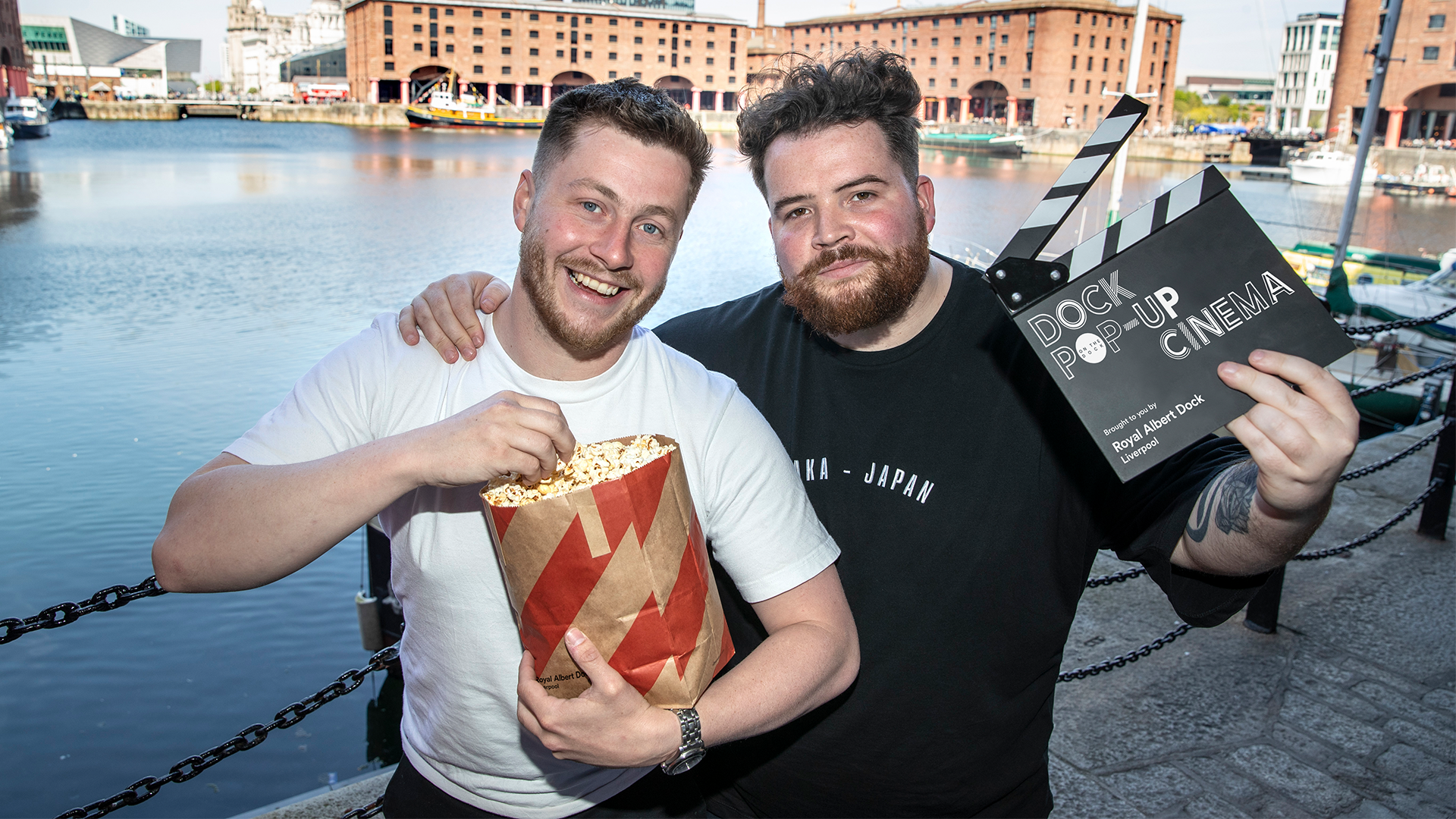 • Activities will be based on floating pontoon and include:

One of the UK’s most iconic visitor attractions, Royal Albert Dock Liverpool, has announced an exciting and re-shaped events programme, Summer on the Dock, taking place from 4th August to 8th September 2019.

The innovative event programme will see a host of inspiring collaborations taking place at the Dock, each centred on a floating pontoon which will provide a versatile and unique setting for a range of activities covering film, sports, health and wellbeing, along with a new for 2019 food and drink festival.

Kicking off the summer events programme will be the city’s first floating pop-up cinema in association with Independent Liverpool, offering a selection of popular family & nautical themed films like Finding Nemo, with day and evening showings from 4-10th August.

Co-founders of Independent Liverpool, David Williams and Oliver Press, commented, “As advocates of Liverpool’s independents, we’re excited to be working with Albert Dock which has become an emerging destination in the independent food and drink scene. We’ve had fun curating an entirely new offer for the city with a floating pop-up cinema”.

Alongside the pop-up cinema, visitors will be able to enjoy food and drink from a mix of Dockside restaurants and bars, which include a collection of Liverpool’s finest independent venues.

Children will love the four days of reading story time workshops from 11-14th August. Storyteller Cathy Roberts, from the France Hayhurst Tug, will present two days of Maritime children’s stories, whilst Beyond Books will host two days of music, arts and craft sessions.

Health and fitness enthusiasts can enjoy five days of wellbeing activities from 16-20th August. The tranquil setting of the Dockside provides the perfect setting for yoga and Tai Chi sessions, whilst sporting fans will also have the chance to play netball, cricket or table tennis.

Football fans will rejoice with the news that the floating football pitch will be returning for 2019, and available from 23-30th August. Free football coaching sessions will be on offer, already confirmed with Liverpool Football Club Foundation who will be delivering football and multi sports activity, with pitch takeovers and numerous five-a-side games.

The highlight of the events programme will be the launch of the Royal Albert Dock Liverpool food and drink festival, which promises to be a new firm favourite for any foodie. Taking place from 6th-8th September, the festival will celebrate Liverpool’s impressive food and drink scene with a weekend of masterclasses, tasters, food and drink demos, along with much more to be announced.

Clare Rawlinson, Head of Marketing for Albert Dock adds, “The re-shaped programme will appeal to visitors, and people who live and work in the wider City Region. There really is something for everyone, all based on the Dockside to take advantage of our unique UNESCO World Heritage setting.”

The wider Dock offering, in addition to the summer events programme, is equally as exciting. 2019 marks the 50th anniversary of the iconic Beatles album, Abbey Road, which will be celebrated by

The Beatles Story with workshops and themed events. Escape Hunt is another family attraction not to be missed, offering a five-star rated escape room experience.

National Museums Liverpool will be holding their annual Slavery Remembrance Day on 23rd August at the International Slavery Museum, marking the city’s 20th year of celebration and remembrance.

At the Merseyside Maritime Museum, the Border Force Open Day will take place on 14th September, whilst Museum of Liverpool will have birthday celebrations on 28th August to mark 812 years since the signing of the letters patent that brought Liverpool in to existence.

Tate Liverpool will be showcasing the first, major UK exhibition of artist and activist Keith Haring from 14th June to 10th November. A part of the legendary New York art scene of 1980s, Haring was a champion of his generation’s counterculture, and visitors will be able to enjoy more than 85 artworks at the exhibition.

The re-shaped events programme reflects the exciting changes taking place at Royal Albert Dock Liverpool, which include the new signings by Aberdeen Standard Investments of one of Liverpool’s favourite independents, Maray, and the Barrie Brother’s new restaurant led by BBC’s Great British Menu winner Ellis Barrie, both of which are set to open for summer 2019.