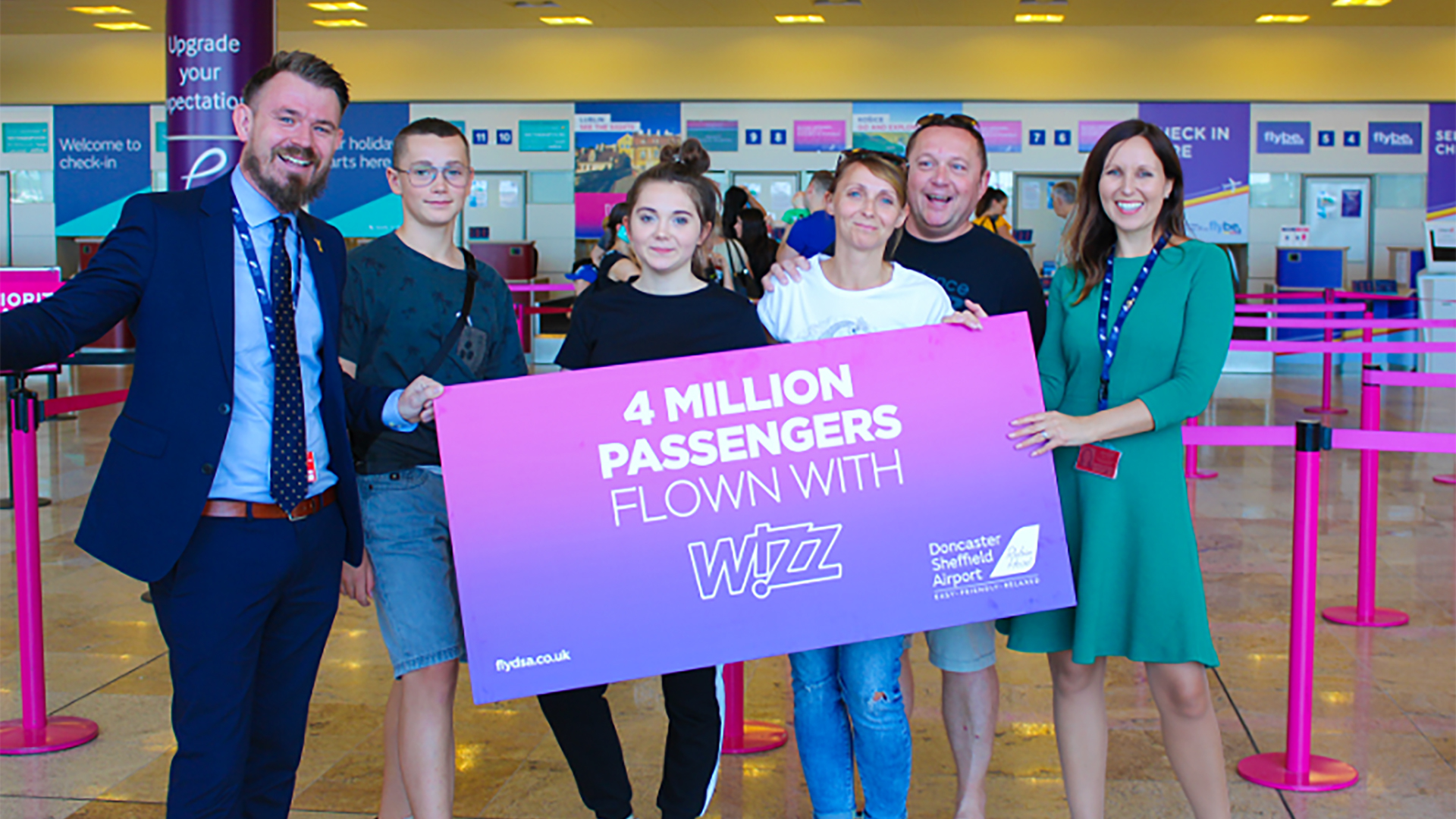 It was a pleasant surprise for mum, Agnieszka Machnik and children Kajetan and Amelia, as they set off on their journey to Poznan when they learned Mrs Machnik is the 4 millionth passenger to fly with Wizz from Doncaster Sheffield Airport (DSA).

Wizz Air has operated from Doncaster Sheffield Airport (DSA) for over a decade with flights starting in 2006.

Since then a number of popular European cities and favourite holiday places continue to be added to this growing choice of destinations, now 14 with Krakow, Chisinau and Budapest the most recent.  Wizz Air today flies over 600 routes from 25 bases across its network

Chris Harcombe, Aviation Director at Doncaster Sheffield Airport, said:  Wizz Air is a valued partner and an integral part of the growth plans at Doncaster Sheffield Airport.  Their commitment to operating with the smallest environmental footprint per passenger, award-winning service and passion for providing great passenger choice at value-for-money prices are a great match for our Easy, Friendly, Relaxed principles, here at DSA.  We look forward to creating many more record-breaking moments and celebrating important milestones in the future.”

Owain Jones, Wizz Air UK Managing Director said: “It’s no surprise that four million customers have chosen Wizz Air’s ultra-low fare flights from Doncaster Sheffield Airport. WIZZ currently flies from Doncaster Sheffield to 14 destinations across Europe, bringing in many visitors to the Yorkshire region.  Whether it’s a beach holiday or city break that you’re looking for, get there flying on one of our state-of-the-art, ultra-efficient aircraft that make us one of Europe’s greenest airlines.  The Wizz Air team looks forward to welcoming customers old and new on-board a Wizz Air flight from Doncaster Sheffield very soon.”

WIZZ Air top ten interesting facts you may not have known about the airline.