The hidden cost of our hostile environment 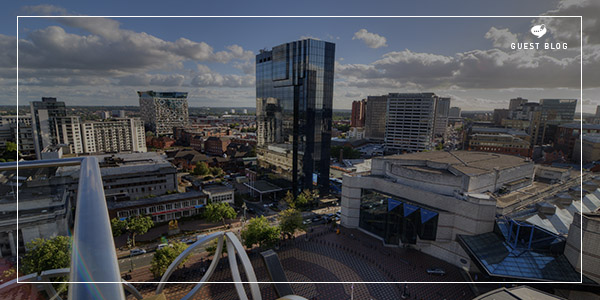 Much has been reported about the consequences of our hostile environment towards illegal immigration. Issues regarding the Windrush generation, foreign students and increasing post referendum racism are painting a bleak picture of a country I am proud of. Whilst the beleaguered Home Office is seen as the principal culprit, I think we have a significant unintended consequence that is currently harming our country at a time when we need to be addressing productivity and growth ready for our departure from the EU. When I talk to my business colleagues they tell me about the rise in interethnic tensions within the workplace and how they are damaging previously good working relationships and even output. Well-meaning managers are often ill equipped to deal with such tensions and perhaps years of brushing issues under the carpet has left the tinder dangerously dry.

I tried to work out what the impact of rising conflict in the workplace had on business productivity and it is at least 5% across all businesses in the region. That means that the hostile environment towards illegal immigration is costing the Black Country at least £1 billion a year in lost productivity. For the whole UK, this figure could be £25 billion every year. Just think how many roads, schools and hospitals this money could buy.

As a region we cannot afford this loss. As a nation shortly to be set free to trade with the wider world, our perceived hostility will not be conducive to trade. Furthermore, we are becoming increasingly unpopular as a destination for foreign students. Rising racist attacks apparently sanctioned by the hostile environment and Brexit sentiment do nothing for our reputation as a nation welcoming of talent and skill. The impact of this hostility would be somewhat lessened if we were not completely dependent on foreign skilled workers. I hate to think what will happen to our economy and our ability to trade if this pool of talent dries up as a consequence of government policy on controlling illegal immigration.

Illegal immigration needs to be stamped out, but this means addressing trafficking and border controls not tarring legitimate immigrants, including refugees and asylum seekers, with the same hostile brush.

Our success in the global economy, now that we are free to become masters of our own destiny, depends on how welcoming we are to business leaders and talent from all parts of the world. It has been the source of our success in the past and it will be in the future. If business across the world want to trade with us because they like us, any post Brexit economic deficit heralded by doomsayers will never take place. Please join with me and raise this issue with your MP and Mayor.