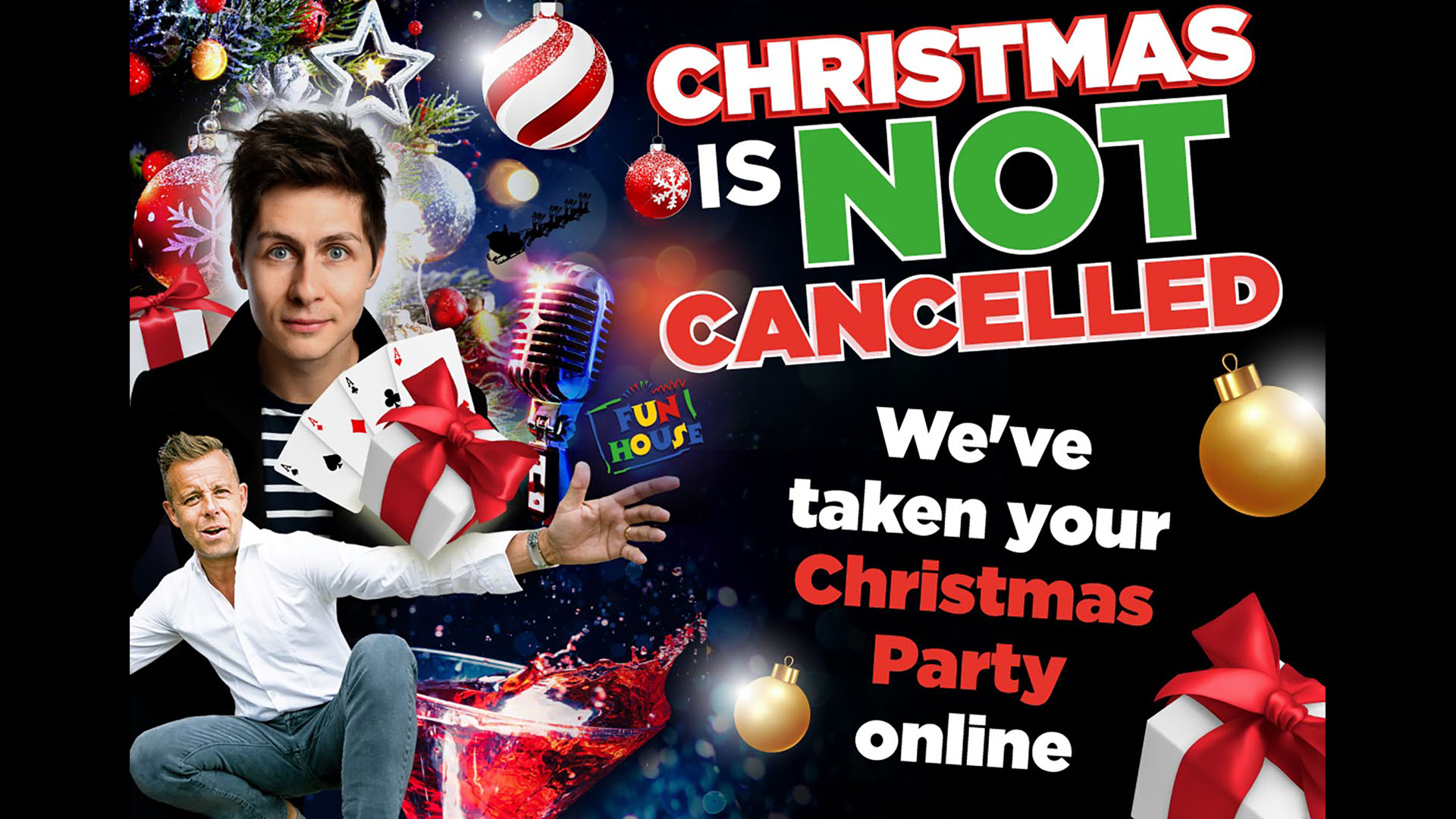 Escape Team Events have created the ultimate virtual experience to ensure that the infamous Christmas Party stays as thrilling as ever during the pandemic as they take the party online with its Ultimate Virtual Christmas Party, hosted by Pat Sharp.

Pat Sharp kicks off the night with his FUN HOUSE IN YOUR HOUSE – an interactive game show where there’s “prizes to be won”.

Once colleagues have experienced the excitement and liveliness of Pat Sharp’s Fun House, they can then be treated to a mesmerising interactive magic and illusion show by ITV magician Ben Hanlin.  Ben will be recreating some of his famous tricks from the screen and stage during his interactive performance.

The boozy antics of Christmas Party’s won’t be amiss as Escape Team Events are also delivering three award winning cocktails to every participant as part of their ultimate virtual Christmas party. The party can then be seen out with a boogie as Escape Team Events’ resident DJ will be playing all the anthems a party would need.

Parties can be tailored for groups between 20-500 people.

Businesses can head online to Escapeteamevents.com to find out more and to book.