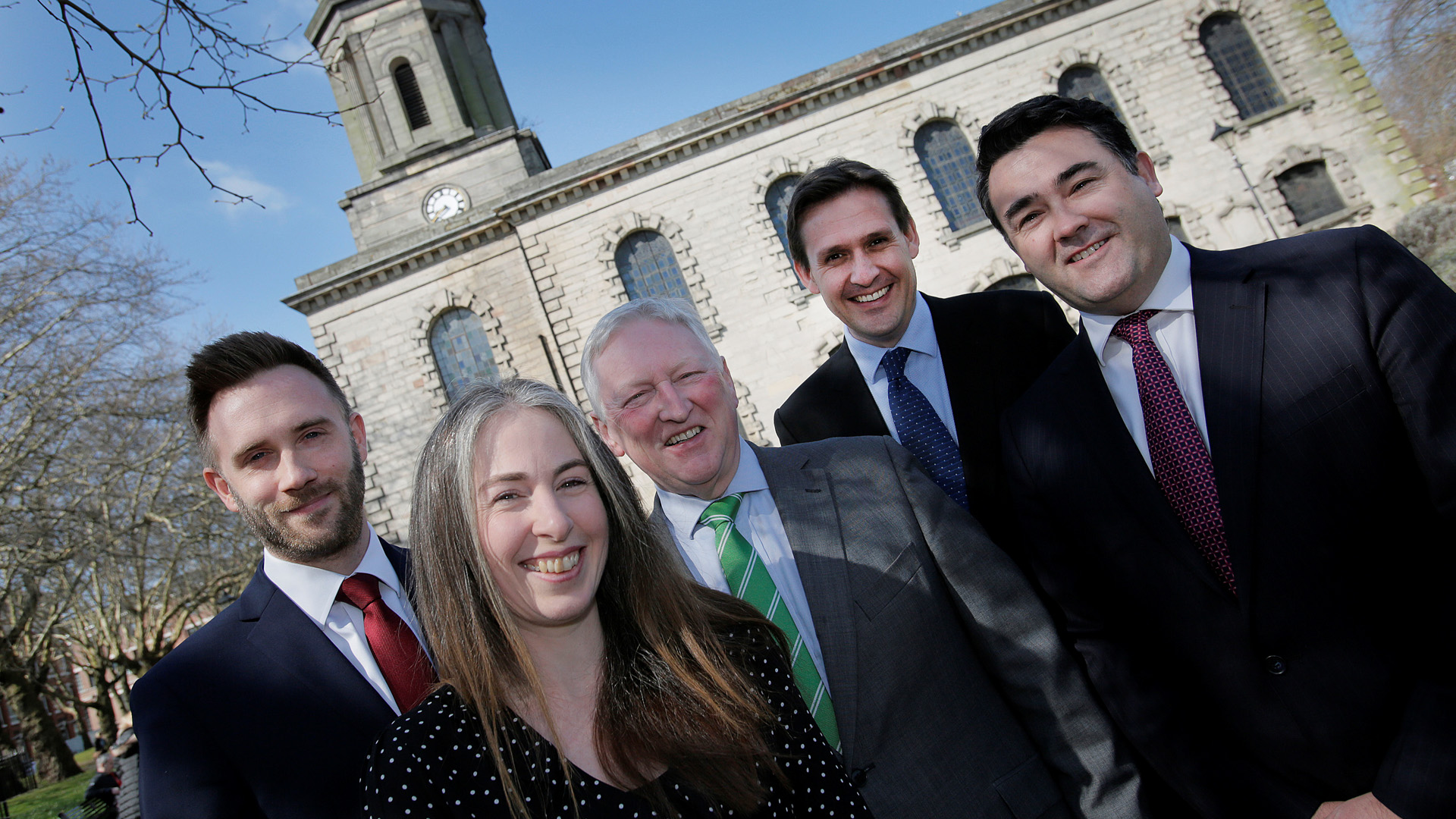 An expanding Birmingham-based law firm has announced the promotion of three additional partners from across its practice as it prepares for further growth, bringing to four the total number appointed this year.

Following the appointment of Jonathan Wright as a partner in January 2019, Emms Gilmore Liberson (EGL) has appointed Richard Cooper, Beth Margetson and Jon Start as partners.  The firm’s total number of partners is now eight.

Richard Cooper is a Legal 500 recommended commercial and property litigator, who has a wide breadth of experience in dealing with company, partnership and contractual disputes, including professional negligence claims in excess of £20 million. He joined EGL in 2016.

Beth Margetson joined EGL’s commercial property team in 2013. She advises a diverse portfolio of clients, including investors, developers and public authorities, on a range of energy and mixed use development projects. The Legal 500 highlighted Beth in 2018 & 2019 as a Next Generation lawyer and her promotion confirms EGL’s commitment to investing in rising stars.

Jon Start has been appointed a partner of EGL four years after joining the firm’s corporate services team as an associate. A specialist in corporate law, including mergers, acquisitions and disposals, he becomes one of the youngest lawyers to be promoted to the position of partner in the West Midlands.

Richard Cooper said: “I am delighted to have been appointed as a partner at EGL with Beth and Jon. This is an expanding practice with a winning mentality and a can-do, service-orientated culture that has seen consistent growth since its formation. EGL has built a  reputation for actually delivering what it promises – practical, commercially aware advice, not merely options – that sets us apart from many of our competitors. With Beth and Jon, I look forward to an exciting future as we help to take the firm forward with our partners and clients.”

Stephen Gilmore, one of the founding partners of EGL said: “We are pleased to have brought on board these three ambitious, dedicated and hugely talented lawyers to the partnership. Richard, Beth and Jon have consistently excelled in their legal service delivery; they live the firm’s values, particularly as regards service to our clients, and their  respective skills and expertise complement and strengthen our business.

“EGL was founded with the aim of making available commercially-informed professional advice from highly experienced lawyers at an affordable price. Our story has been one of continuing growth, with a quality of work that has attracted a first-class team of lawyers to the practice, many of whom have trained at or have worked in national or international firms. These three partner promotions highlight both the diverse range of talent and the wealth of opportunity that exists within our expanding practice and provides a platform for further growth.”

Formed by Greg Emms, Stephen Gilmore and Martyn Liberson in 2011, EGL expanded through the appointment of partner, Mark Dakeyne, and his commercial property team from Bridgehouse & Partners in 2013 and added Jonathan Wright as partner, from Fieldfisher, earlier this year.

EGL acts for clients both from the Midlands and across the UK and also for a significant and growing number of international clients.