A life-changing engineering project to turn a Burnley youngster’s exoskeleton vision into reality has been recognised at COP26 through a major award. 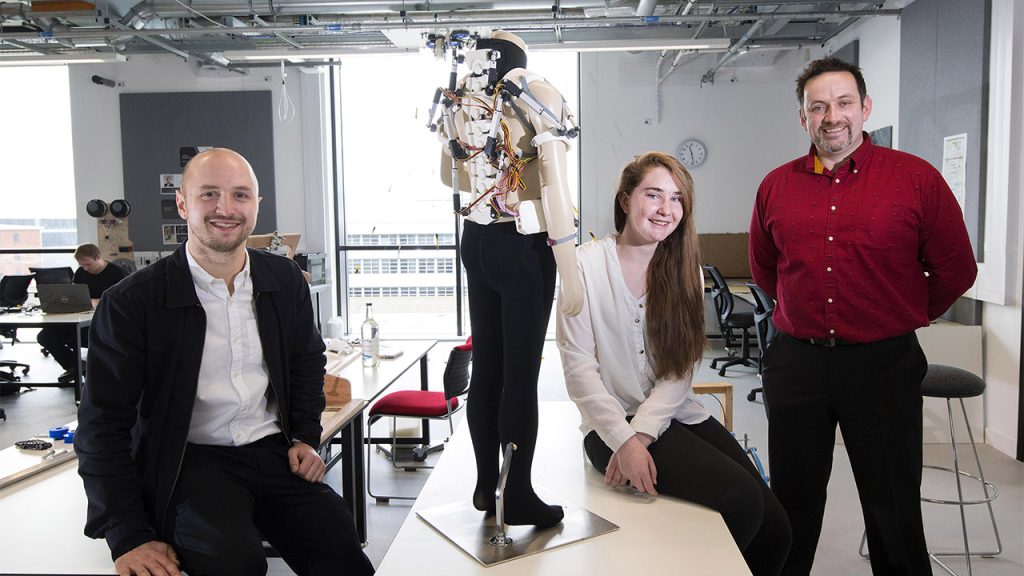 A life-changing engineering project to turn a Burnley youngster’s exoskeleton vision into reality has been recognised at COP26 through a major award.

Krystyna Marshall was aged 15 and attending Sir John Thursby Community College, Burnley, when she teamed up with engineering experts from the University of Central Lancashire (UCLan) to turn her idea for a Spinal Muscular Atrophy (SMA) jacket into reality.

The exoskeleton jacket, designed for Krystyna’s cousin who is living with SMA to live a more conventional life, provides the wearer with support for the skeleton and gives extra strength to the back muscles and spine.

Now the young inventor has become just one of six people from across the UK to have been recognised as a leading creative problem solver in engineering innovation following the announcement of the inaugural Primary Engineer MacRobert Medal winners at COP26.

The highly prestigious Primary Engineer MacRobert Medal recognises and celebrates the innovation of young people aged 3 to 19 and the university teams that have taken those ideas and made them a reality. The award is supported by the MacRobert Trust, WEIR Group and the RAF Charitable Trust.

The winners are awarded gold, silver or bronze medals for their designs, which are often inspired by the young person’s personal experiences and aspirations for the environment, health or other key topics. Krystyna’s invention was just one of three to win gold.

Speaking on behalf of Krystyna and the University team which has produced the ground-breaking jacket, UCLan’s Dr Matthew Dickinson, Senior Lecturer in Mechanical Engineering, said: “As a team we’re absolutely delighted to be named an inaugural  winner of the 2021Primary Engineer MacRobert Medal. It just goes to show what can be achieved when a great idea is turned into reality through an innovative engineered solution.

“We are still working on the jacket and developing new applications that utilise the same 3D printed technology but what’s really exciting is to know we’ve all played a part in producing something that could have life changing consequences for potentially thousands of people worldwide.”

Dr Susan Scurlock CEO and Founder of Primary Engineer added: “We are very proud to have the link to The MacRobert Trust and their legacy of celebrating the very best in engineering and we are grateful to WEIR Group and RAFCT for enabling us to establish this medal. I also would like to thank the judges; this was not an easy task but a hugely inspiring one! Through the Primary Engineer MacRobert Medal we are now able to highlight the link between universities and schools celebrating the creativity in young people and the proto-teams engineering their solutions.”

The Medal is part of the wider ‘If you were an engineer, what would you do?’ national competition encouraging young people to interview engineers, find a problem and draw and annotate a solution to it. Every entry is read and graded by engineers with each individual receiving a certificate. Exhibitions are held and awards presented in 18 different locations across the UK.

Jon Stanton CEO WEIR Group said: “Here at WEIR innovation is core to what we do and we are delighted to support the Primary Engineer MacRobert Medal to encourage and develop innovation in young people and early career engineers – this is where, we believe, our futures begin.” Chris Hockley CEO The MacRobert Trust said: “The MacRobert Trust, with our long-term passion for supporting engineering across the country, at all levels, is truly delighted to be supporting the entire Primary Engineer initiative and the inspiring ‘If you were an engineer, what would you do?’ competition, in particular. Congratulations to all the winners and welcome to the MacRobert ‘family’.” 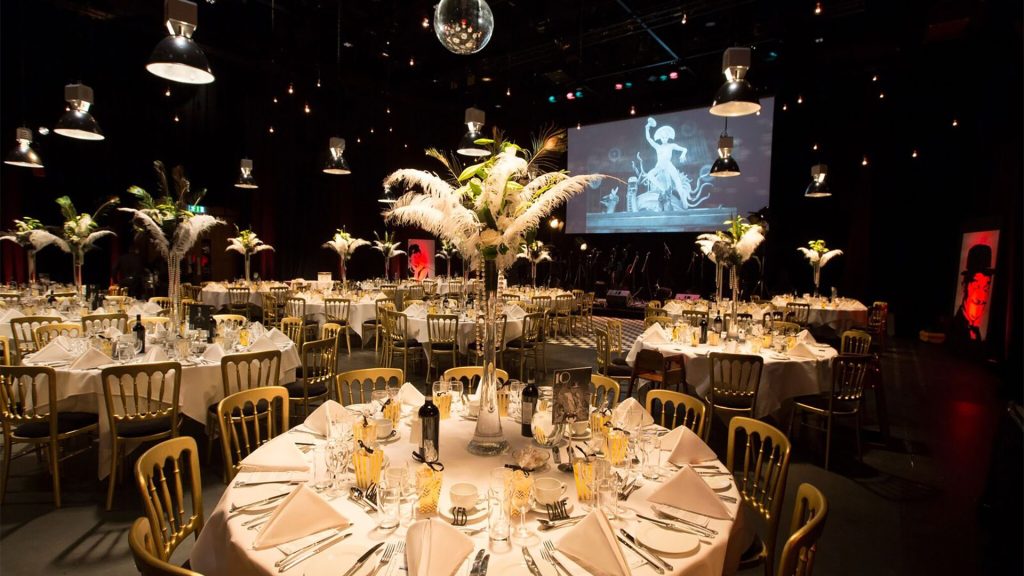 Unique Venues Birmingham (UVB) have announced their partnership with Monsoon Venue Group (MVG) who specialise in Asian events based in Birmingham. The unrivalled space offered 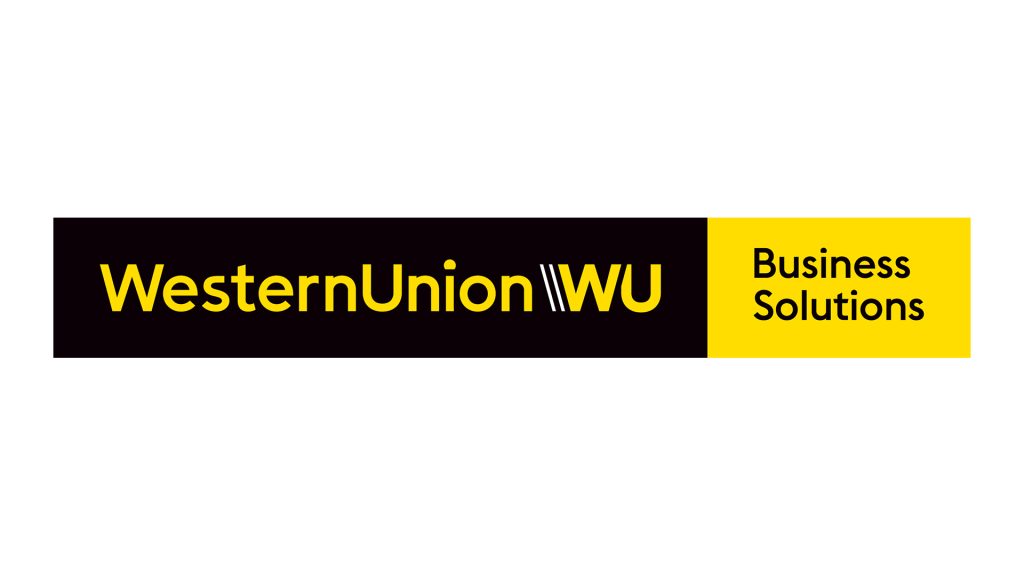 Western Union pioneered the idea of moving money around the world and have been connecting people globally for over 164 years. 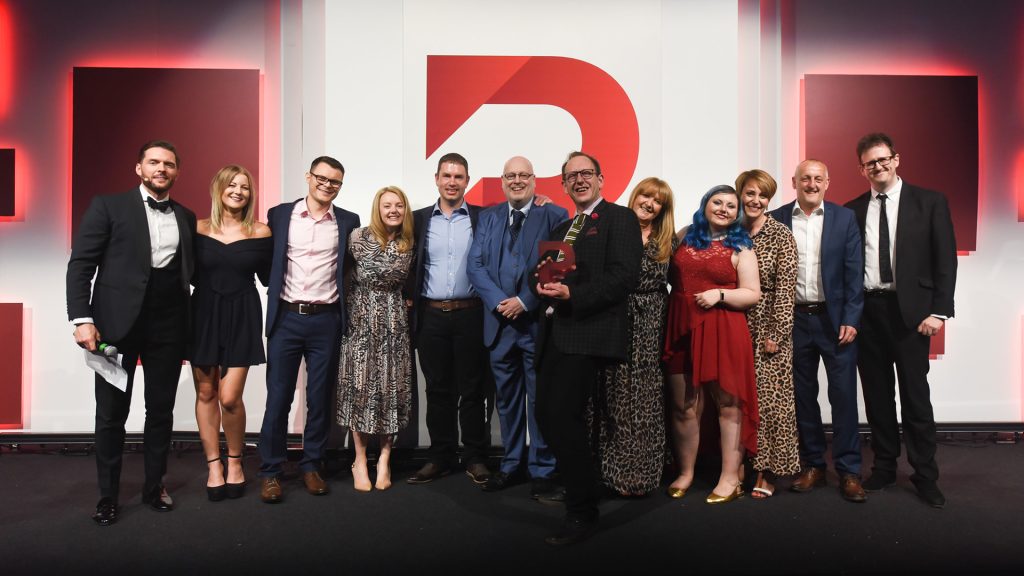 Lancashire Business View made its own headlines as it triumphed in the ‘news and magazine’ category at the prestigious Prolific North Awards.