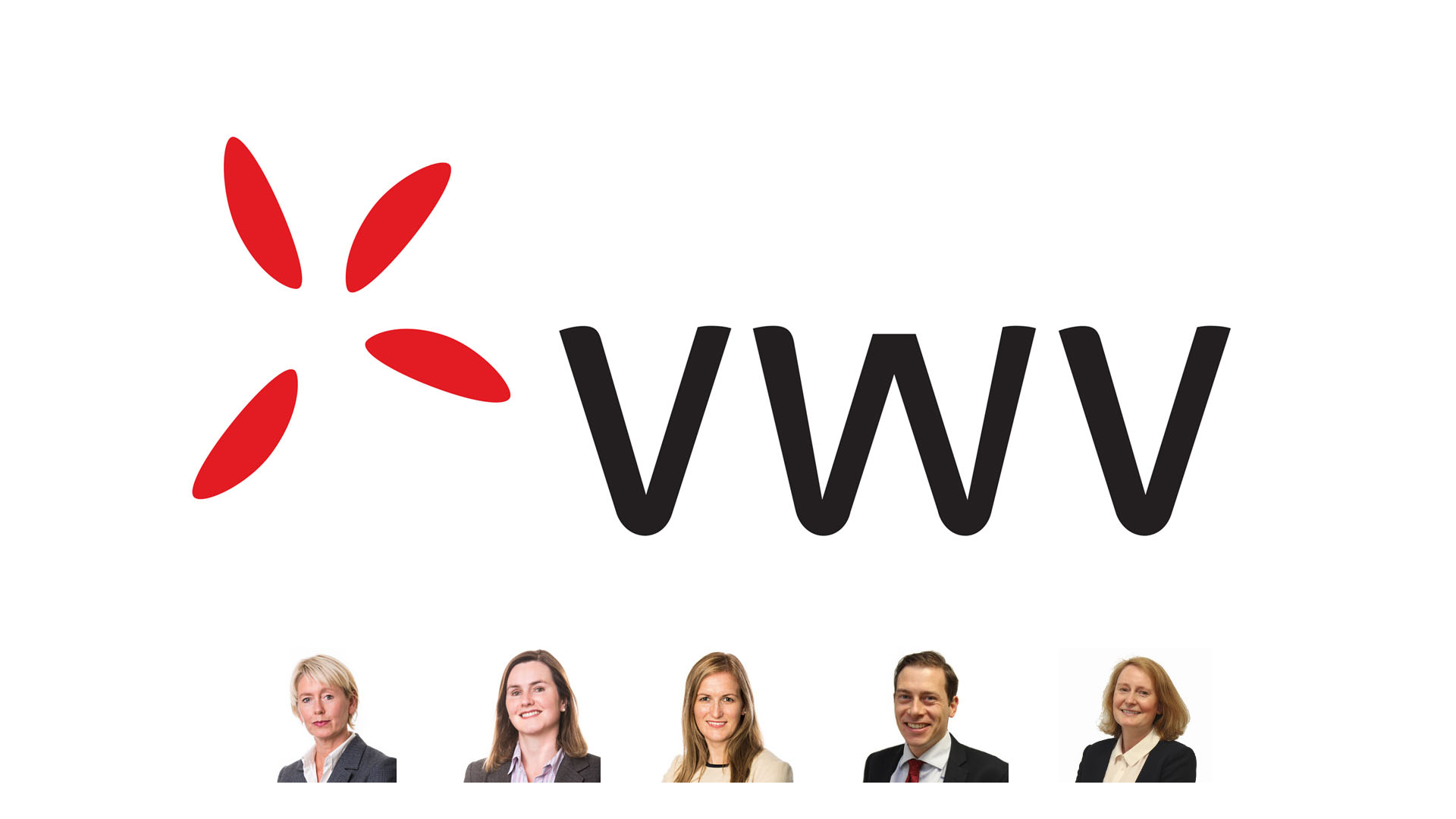 Five of VWV’s solicitors were recently recognised as leading lawyers by independent legal directory Chambers & Partners in its international High Net Worth Guide 2020.

Once again, VWV has been listed as a leading firm for private wealth services to high net worth and ultra-high net worth clients in the South West.

In the latest edition of the guide, sources describe VWV as “ahead of the game in the sense of how they communicate with clients,” and that “they understand the anxiety and stress the clients suffer during the legal procedure and help them by constant updates and prompt response to queries.”

Several individuals from the VWV team have been highlighted for their expertise in their particular practice areas, including a new entry for Senior Associate Shelley Faulkner as an ‘Associate to Watch’.

As the head of VWV’s Private Client department, Michelle has earned a strong reputation for her work throughout her career, reflected in this year’s High Net Worth guide with a Band 1 ranking – the highest attainable ranking. Sources speaking to Chambers & Partners describe Michelle as “really first-class”, and “a good trust litigator and well respected” in the market. Another well-known barrister praised Michelle’s leadership, stating that she has “built up a formidable contentious trusts and probate team.”

Previously described as an ‘Associate to Watch’, Fiona has since been promoted to Partner, and has already earned an incredible Band 2 ranking in this year’s guide. Sources speaking to Chambers & Partners state that Fiona has “profound knowledge of the field”, with another saying “she was very professional, also keeping in touch and up to date with everything.” One client highlighted her case management skills. “When the favourable evidence was dug out,” the source says, “Fiona immediately grabbed the chance and acted efficiently and thoughtfully, leading to a great outcome at the end.”

Rachael regularly supports clients with a broad spectrum of legal services, ranging from Inheritance Act matters to estate administration and succession planning. Her efforts have earned her a Band 3 ranking in this year’s guide. One source provided a glowing recommendation of Rachael, stating: “In my dealings with Rachael, I have always found her to be very professional and knowledgeable. At all times, when discussing matters with clients, she adopts a manner which makes them feel very comfortable and always ensures they fully understand any advice she is giving and the consequences of the advice.” She has also been described as “very personable and clients warm to her quickly and feel relaxed in her company.”

Tom continues to impress clients and peers with his ability to support clients with a variety of immigration matters, earning him a Band 3 ranking once again. Speaking to Chambers & Partners, one peer praises his expertise, stating Tom “really knows his stuff and is very good on law – he knows the rules inside and out.” Another adds “I like him, he is very proactive, he is approachable and gets things done in an efficient way.”

A new entry in this year’s High Net Worth guide, Shelley joins her colleagues in the 2020 rankings as an ‘Associate to Watch’. She often advises clients on intricate estate administration matters, Wills, Lasting Powers of Attorney, and trust structures, including personal injury trusts. One source describes her as “very experienced with running trusts”, “extremely calm and efficient”, stating she “has no weaknesses”. She has also earned recognition from peers, with one highlighting her “very reliable and clear” advice.