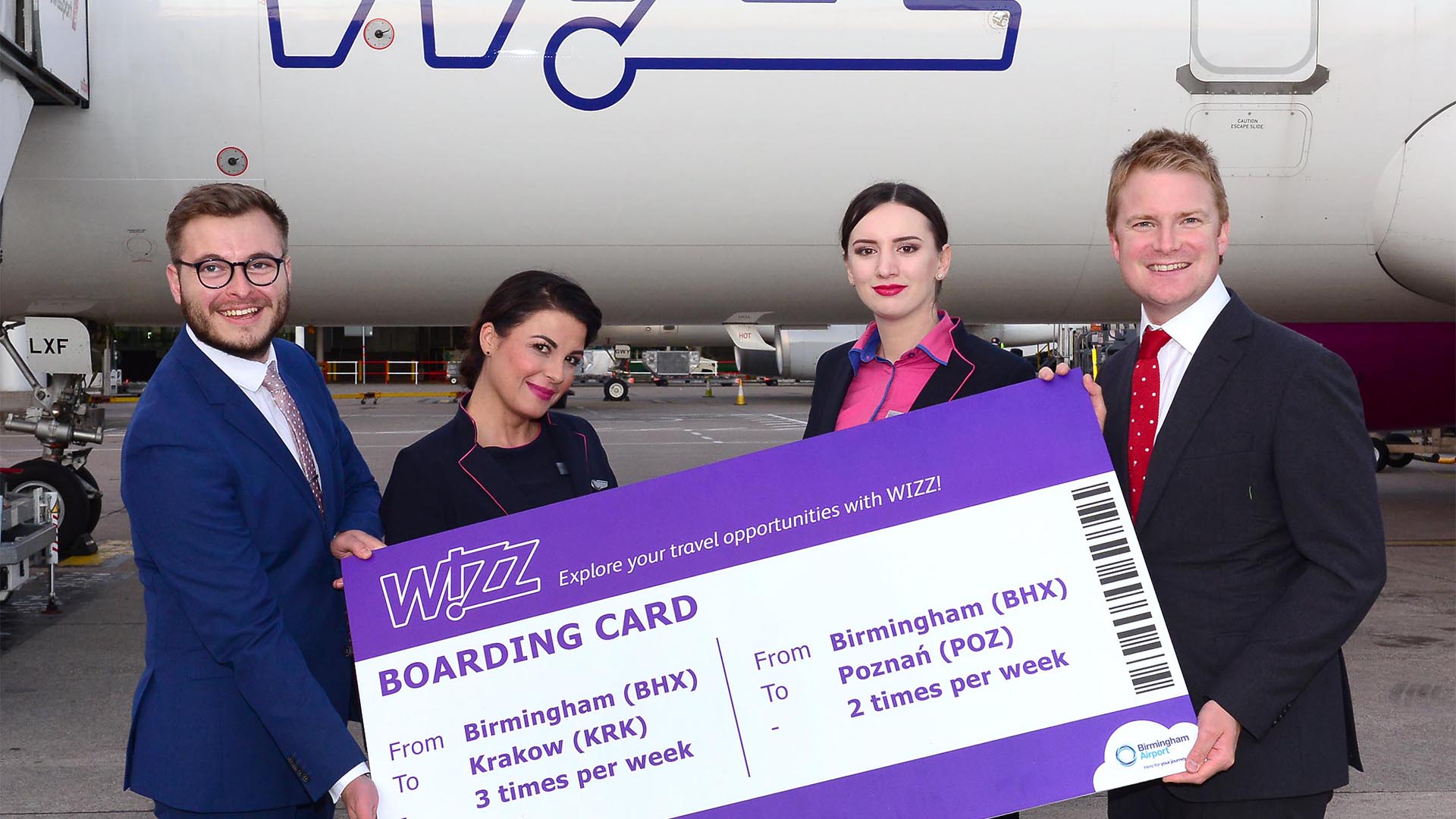 Birmingham Airport is delighted to have launched two new routes with Wizz Air this week, welcoming back the popular Poznan route and introducing a new route to Krakow.

Poznan located, in the centre of Poland and the fifth largest city has been reinstated due to demand.  With Wizz’s new Krakow route adding extra capacity to a popular destination that saw an increase in passengers of 24% between 1st January and 31st August 2019.

Travellers to Poznań can expect an abundance of things to see and do including a choice of historical attractions and museums, renaissance-style architecture, as well as dining and nightlife options to suit a range of tastes. Those wishing to explore Krakow, a city known for its old-world ambiance and charm, can experience a range of exciting galleries, cafes, pubs and restaurants.

Tom Screen, Aviation Director at Birmingham Airport said: “It’s great news that Wizz Air is now operating flights to Poznań and Krakow, bringing the total number of routes Wizz Air operate from Birmingham Airport to seven. These new services provide vital connections for friends and family as well as enabling travel to exciting city break destinations!  We are grateful to Wizz Air for their continued commitment to Birmingham Airport and the Midlands.

“Wizz Air also operates to Cluj-Napoca, Budapest, Bucharest, Warsaw, and Wroclaw and now adds Poznań and Krakow to its route list. The new routes are a fantastic addition and we’re really looking forward to growing our offering with Wizz Air over the next few years here at Birmingham Airport.”

Tamara Vallois, Head of Marketing and Communications at Wizz Air said: “We are delighted to announce we now operate a total of seven routes from Birmingham Airport. We launched our very first Wizz flight to Birmingham in 2015 and today, we offer seven low-fare routes to Poland, Romania and Hungary. With fares from only £17.99 hope to see many happy customers on board our brand-new Airbus aircraft on routes to Poznan and Krakow as well as on all the other routes in the Wizz network.”

Wizz Air, a Hungarian airline, has been a partner of Birmingham Airport since June 2015 with its inaugural route to Warsaw, quickly followed by Budapest. One-way fares to Poznań and Krakow start from £17.99.