YOU CAN’T BE A LITTLE BIT PREGNANT. 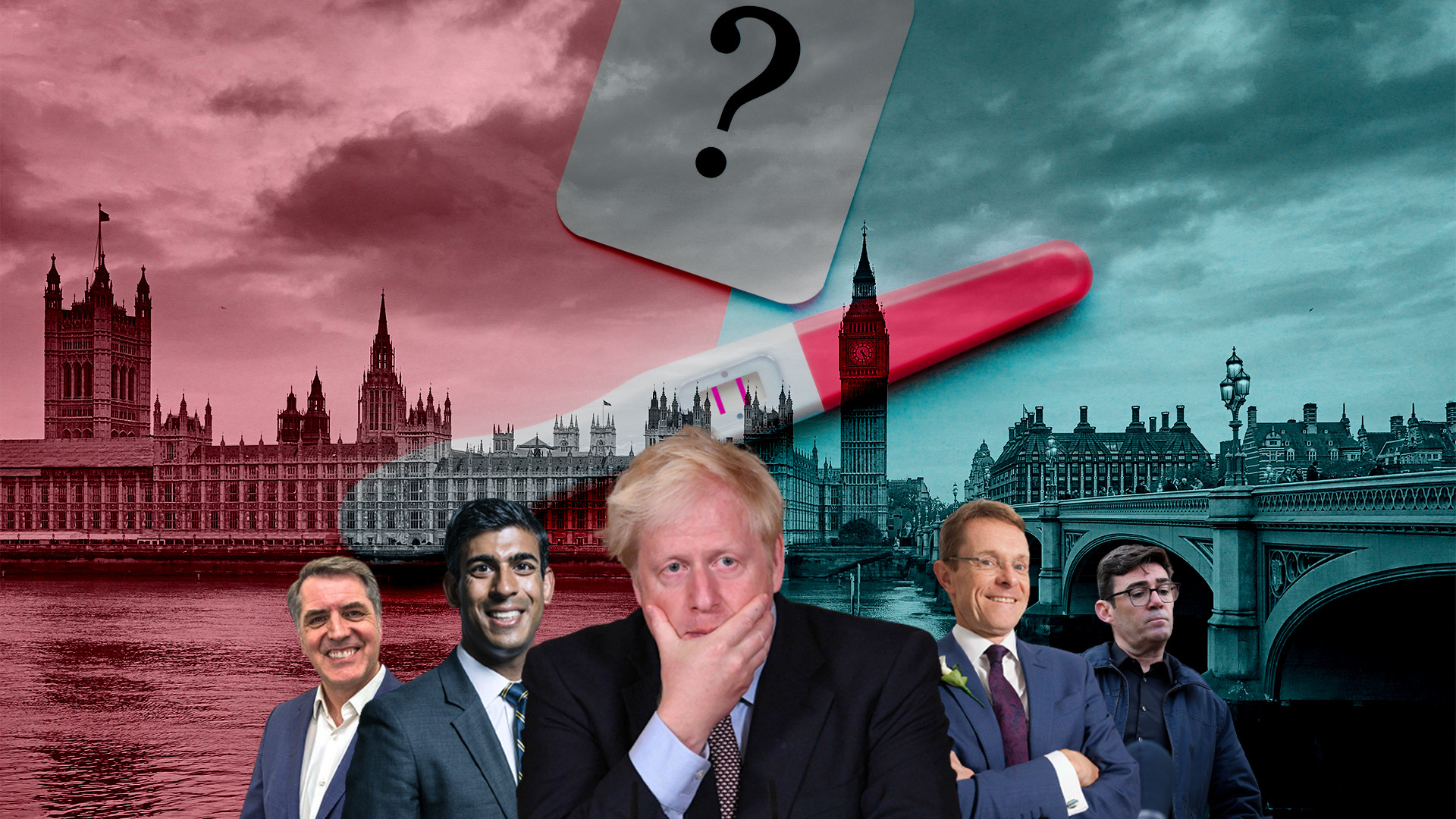 On the face of it, you may think that Boris Johnson’s biggest political fall out this week was with the mayor of Greater Manchester Andy Burnham (aka the King of the North).

Undoubtedly, Burnham and his colleagues, Labour and Conservative, from the capital of the Northern Powerhouse, made life very uncomfortable for the prime minister, particularly with their demands for the data and evidence that would prove a move from tier-2 to tier-3 would make a material difference to infection rates in the region.

Having failed to do so, the government then imposed the more draconian lockdown on Manchester anyway, but with a very poor financial support package in place, compared to that which had been available to businesses back in the Spring.

‘Locking down the north on the cheap’ is the accusation, not just from Burnham, but from his comrade in Liverpool Steve Rotheram too. However, the commentary from the Tory West Midlands mayor Andy Street was hardly helpful to Boris & co either.

Street has demanded that tier-2 areas should be provided with similar help to that being offered to places like Liverpool, Sheffield and Manchester, pointing out that being open for business does not necessarily mean you are able to do any business.

As I have been arguing for months now, you cannot put parts of industry in aspic and expect the wider business ecosystem not to be damaged. So, if you are a hotel, you can continue to trade – but if the government are telling people not to travel, to work from home and then impose a 10pm curfew on your cities hospitality sector, the chance of you booking any rooms out are fairly limited.

Now, for me, local lockdowns are a disaster that will fail to have the anticipated impact that the PM (though not his scientific advisers) is hoping for. Indeed, lockdowns per se are now seen by the World Health Organisation as an ineffective way of tackling Covid-19.

Nonetheless, if we are to continue down this path of switching the economy on and off, then it is incumbent on the government to invest in those businesses that, under any normal circumstances, would be profitable, going concerns.

That, unfortunately, is not how the Chancellor and his treasury officials see it anymore. Having invested billions in propping up UK PLC for the past six-months, Rishi Sunak is digging his heels in and saying that his wallet is now empty.

‘In for a penny in for a pound’ would be a more pragmatic approach for the long-term economic health for our country. Having invested billions, Sunak should be loathed to see his initial war chest wasted on the back of advice from more cautious treasury officials who wouldn’t know risk taking and entrepreneurship if it hit them in the face.

To use a favourite phrase of a former occupant of Number 11 Downing Street, Sunak has built the house – but is now refusing to put the roof on.

Having shown innovation, courage and disruption with his initial toolkit to rescue the country’s economy, the Chancellor now appears to be ready to stand back and watch thousands of businesses go bust and with them millions of jobs disappear.

And it is Sunak, not Burnham, or Street, or even the chairman of the 1922 committee Sir Graham Brady, who is the biggest thorn in Boris’ side right now.

For by refusing to write another big cheque, the lockdown strategy adopted by the government is a disaster.

There are two options available to governments. You can keep borrowing and treat this crisis as you would a war – and be thankful that interest rates and inflation are so low that supporting the economy through the pain is preferable. That is the position adopted by other Western European economies of our size.

Or you think that the country cannot afford to borrow anymore, the choice made many nations in the south – in which case you end lockdowns.

As we have seen so often with Boris Johnson, in his political and personal life, he wants to have his cake and eat it. But you cannot be a little bit pregnant. This halfway house approach is neither killing the virus effectively nor protecting the economy.

Unless Johnson can convince his next- door neighbour to change tack, and quick, then both Boris and Rishi may find themselves, like millions of others, looking for a new job in 2021.