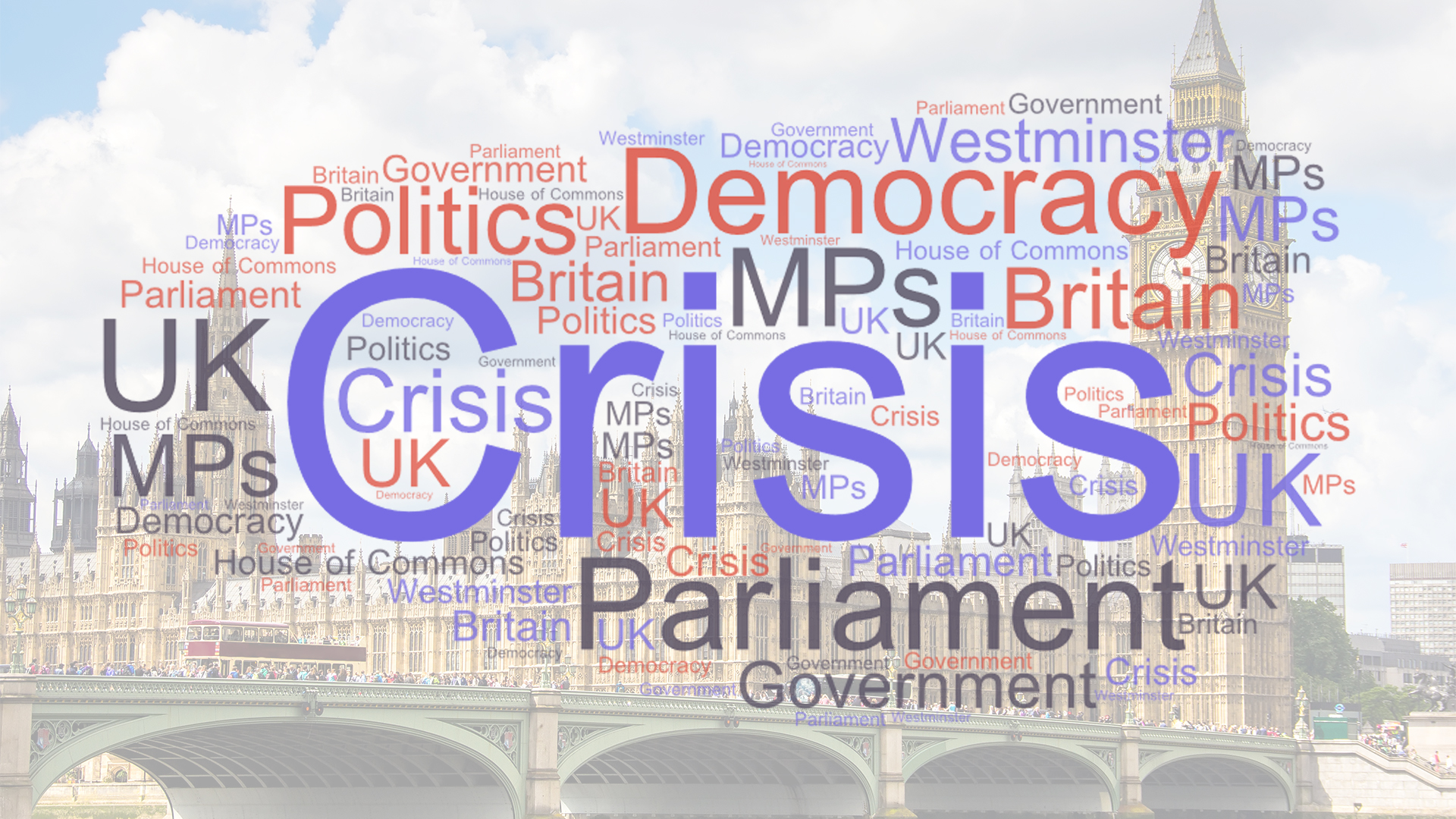 A poll this week suggested that over 60 per cent of the British people believe the country is in crisis.

In once sense the question might be – what planet are the other 30 odd per cent on? But actually, on a day-to-day basis Britain does not feel like a nation in ‘crisis’. I understand that there are some horrendous situations for many individuals in the UK who are suffering the brunt of a failed economic experiment known as ‘austerity’. Homelessness, foodbanks and the implications of Universal Credit have no place in a modern society.

However, the economy is functioning reasonably well, there are no riots on the streets and the vast majority of folk appear to be cracking on with business and their everyday lives in as good a form as you can expect given our January weather.

But, of course, what most of the respondents to that poll were referring to was not the country – but the country’s politicians, and more pertinently, parliament. And in that assertion, they are absolutely right.

When a government is found in contempt of parliament; when that government loses more votes on the floor of the House, than Huddersfield Town have lost football matches and when the Prime Minister leading that government goes down to the heaviest parliamentary defeat in history – and then that government have the option of staying in power because of an ill-thought out law that was put in place to simply serve the Conservative-Liberal Democrat coalition of 2010, there is clearly something rotten at the heart of our democracy.

The Palace of Westminster is not fit-for-purpose for the twenty-first century. It has shown through the Brexit crisis that it is incapable of dealing with the complexities and conundrums that modern politics will continue to throw up as the world gets smaller. And it is continuing to show the archaic nature of its procedures when it forces a female MP to postpone her caesarean section and the birth of her child in order to vote in a crucial debate.

Constitutional reform is not optional anymore. It is essential. The two-party system on which all are rules, regulations and assumptions are built upon, is dead.

We do not have two political parties dominating the House of Commons anymore. The Labour Party is split between Corbynistas and Social Democrats. The Tory Party has traditional Conservatives and the Economic Reform Group (ERG). The ERG is the closest thing I have seen to a party-within-a-party since Militant Tendency in the 1980s. It has its own leader (Rees Mogg), its own caucus meetings, and produces its own policy papers. That the prime minister has spent two-and-a-half years trying to placate this rump, albeit a significant rump, on her backbenchers is why parliament finds itself in the mess it is in today.

So, that’s four political parties for starters. We then have several nationalist parties, the Greens, the Liberal Democrats and a couple of Independents for good measure.

To re-introduce some honesty into our political system, and to allow politicians to seek our support on platforms they fully endorse, electoral reform needs to be introduced at the earliest possible opportunity.

Further, the chamber that is supposed to hold the House of Commons to account has little power or legitimacy because as an unelected body its credibility is hugely undermined. The abolition of the House of Lords and a (much smaller) elected chamber is a long overdue reform.

Further, to ensure that the game playing, ambiguity and undermining of citizens representation and rights are fully protected, there needs to be a UK written constitution. How in 2019 can we still be relying on laws and procedures that were written with a quill? Conventions, an antiquated culture and a wholly blinkered approach to the changes that took place in the twentieth century, never mind this one, are fit for one thing only – the bin!

When the Brexit mess is settled, maybe this month, maybe this year, or maybe even next, a serious conversation and debate about future governance arrangement and a Bill of Rights should be established as a matter of urgency to reflect the reality of modern Britain. That discussion should include a radical shake-up of local government too and genuine devolution to English regions.

Those from the hard left and the hard right will say that this is a distraction and of interest only to ‘Elites’. I can almost hear Nigel Farage saying it now as he slurps his glass of Dom Perignon on a private jet.

Actually, it is no such thing. It is an essential evolution of our democracy that must take place – if our democracy is to survive. For it is democracy – not Britain – that is in crisis today.